The Nucklebusters are a South Florida band led by “Famous” Frank Ward. Frank is a staple in the area as band leader, guitarist, vocalist, festival coordinator, songwriter and producer. Frank has hosted and produced Blue Tuesday at Bostons and The Funky Biscuit for 12 years. The band has been a favorite in the area since 1988, playing over 3000 gigs at the finest music clubs and festivals, including 18 appearances at The Riverwalk Blues Festival. The Nucklebusters play their own unique style of jazz tinged blues mixed with humor, high energy performances, and superior musicianship. Band members include Sheldon Voss on Bass and vocals, Tim Kuchta on drums, Rick Geragi on percussion and Ken Burkhart on keyboards. The band is often called upon to run post festival jams, and has served as backing band to Louisiana Red, Barrelhouse Chuck, Sugar Blue, Jason Ricci, Nicole Hart, Billy Gibson, and Terry Hanck, to name just a few.

The Nucklebusters have 3 CD releases;

Boston’s on the Beach “One More And I’m Outta Here!” 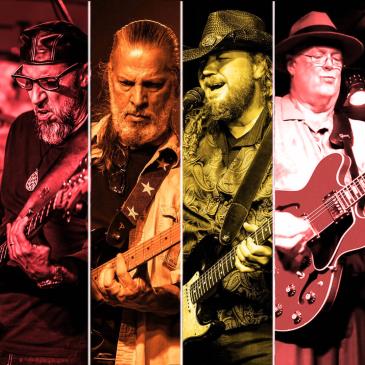