Processing...
Tickets
Online sales are now closed but tickets are still available, first-come-first-serve, at the door.

Born and raised in Brooklyn, New York, a musical household laid the groundwork for Nicole Yarling's career. She was inspired very early by her father, who played jazz organ and piano, and her father's records, which all made an impact on Yarling's musical tastes: Artists such as Etta Jones, Miles Davis, Stuff Smith, J.J. Johnson and Sonny Rollins, the Beatles and Motown classics were in regular rotation. Aside from the familial influences, Yarling's education is extensive and ongoing, ranging from a BA in Music from Baruch College, to a Masters in Music Education at Columbia University, as well as private training in composition, arranging, voice and violin.

Yarling's notable talent has a virtue all its own, but it would be remiss not mention the late great vocal legend, Joe Williams. Joe "discovered" Yarling through a series of events, and adopted her as his very own project. He recognized this diamond in the rough, gleaming through, and began to invest in seeing Yarling rise to the top. "Joe Williams Presents Nicole Yarling at the Manchester Craftsmen's Guild" was born as a result. It also captures a moment in history, which can never be duplicated: "Joe Williams Presents..." was to be Joe's final recording. Sadly, Joe passed away before he could see the actual release of his final work of art. Joe intended to escort Yarling to the highest limits, much in the same way Count Basie did for him in the late fifties. Count Basie had once supported Joe Williams at his first solo engagement by having the marquee read "Count Basie Presents Joe Williams."

It can be boldly stated, however, that Yarling's talent has a strength all its own, to forge ahead on Joe's intended path. Joe Williams' torch certainly won't die out, as it has been graciously passed along to one Nicole Yarling, or as Joe might have said; the "Darling Ms. Yarling." Yarling has completed a yet-to-be published manuscript entitled, “Here’s to Life: A Celebration of Joe Williams” in honor of her mentor.

Yarling realized the valuable gifts given to her. She knows that the best way to keep these gifts is to share them with others. She applies her knowledge today at Florida Memorial University as an Assistant Professor, and Director of Popular Music where she received the honor of “Teacher of the Year” and “Scholar of the Year” in her division. In addition, she served as Adjunct Professor at the University of Miami, teaching voice and composition and directing the R&B Ensemble for six years and will be returning to the school in Fall 2020.

With her creativity, performance, teaching and encouragement she aids in establishing strong artistic community ties. As a mentor, she established a concert series almost ten years ago called Jazz Encounters, at radio station WDNA in Miami. As a result of the series, she created the Jazz Education Community Coalition, going into its seventh year, where she mentors young musicians with an interest in studying Jazz. In 2018, Yarling received a $10,000 Knights Arts Champion award for her work with the JECC. She has participated as adjudicator, educational consultant, and performer for the prestigious Young Arts organization based in Miami for the past nine years. She did a coaching stint along with Betty Wright for Little Dreamers, an organization established by Phil Collins to help young performer fulfill their dreams. In Ft. Lauderdale, Yarling serves as Educational Director and host of a monthly jazz jam for young musicians, First Friday Jam, sponsored by the Gold Coast Jazz Society going into its eleventh year. The Jazz Journalists of America acknowledged her efforts when she received the Jazz Hero Award for 2015. In 2016, Yarling was inducted into the South Florida Jazz Hall of Fame.

For the past two years, Yarling has served as curator of the Student stage for the South Beach Jazz Festival. 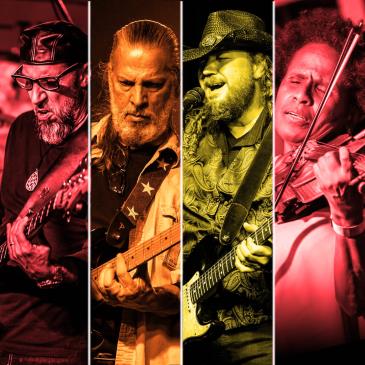