About The Lucky Losers:

Winners of the Independent Blues Award for “Best Blues-Soul Artist of 2019,” The Lucky Losers are San Francisco’s finest male/female duet fronted band — a throwback to the hybrid of soul, blues, rock, gospel, and country that emerged in the late 1960’s with impassioned vocal performances, electrifying musical interplay, and powerful harmonica.

Described as “the finest light-skinned female blues vocalist in the U.S” [Real Blues - 2010], fiery Dallas-born entertainer Cathy Lemons has a velvet voice with a gritty edge and the rebel conviction of a woman risen from the ashes. New Jersey native Phil Berkowitz "has earned renown as one of the West Coast’s most distinctive harp players, as well as for his sharp, resonant tenor" [Living Blues - 2018]. The stark contrast between incandescent Lemons and elegant Berkowitz makes for a captivating musical union, breathing new life into American songwriting tradition and the vanishing art of duet singing.

Since 2015, The Lucky Losers have completed numerous national tours, performing on stages in over 40 states. Their artistic achievements have garnered 20 award nominations, including two International Songwriting Competition nominations.

Godless Land, (from the album by the same name) received Honorable Mention in the 2020 International Songwriting Competition. They are also nominated for four 2021 Independent Blues Awards. 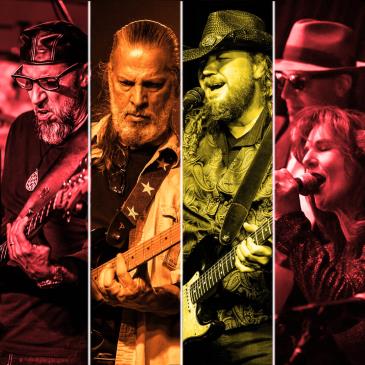