BlackGummy is the electronic dance project and stage persona of Los Angeles-based producer Iman Marouf. According to Marouf, the BlackGummy entity was found on a trip to the Middle East and Asia, and the two have been connected ever since, performing a combination of hypnotic deep house and progressive trance. Marouf graduated from the Icon Collective music production school in Burbank, California, and was trained by Steve Duda. He was signed to deadmau5's mau5trap label in 2015, releasing the single "Deep Bounce" featuring Louis Vivet before the end of the year. The Singularity EP -- focused on the theme of tech-paranoia -- followed in 2016. Months later, Marouf released the Impactor EP, a four-song work based on the KT Extinction event. "SuperHuman," featuring vocalist Colleen D'agostino, arrived in early 2017. 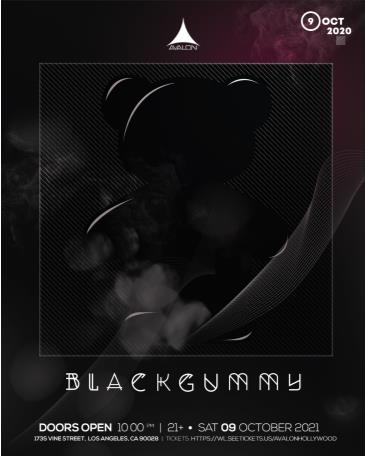