Black Girl Magic with A’keria C. Davenport and The Vixen

Join us for our Pride at Viejas series hosted by Amber St. James and presented by Viejas Casino & Resort featuring RuPaul’s Drag Race Alumni A’keria C. Davenport and the Vixen. Pride is a year-round celebration and we’re excited to bring the glitz, glam, and joy of San Diego Pride to Viejas Casino & Resort.

After Black Girl Magic, dance the night away at the after-party with DJ Pur Flo!

The show starts promptly at 8:00 PM 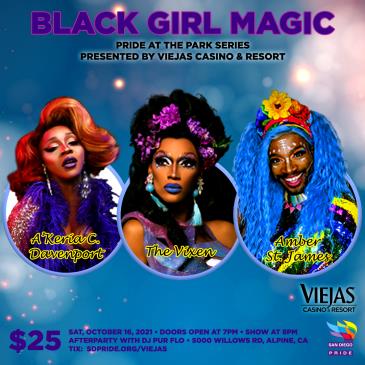