The internationally renowned NYC producerTony Simon—akaBlockhead—has released15albums over the past 15 years, including four acclaimed records for Ninja Tune andnumerous production jobs including notable works with Aesop Rock. He is regarded as oneof the modern masters of instrumental hip-hop and hasmore recently been releasing musicon other platforms like Future Archive RecordingsandBackwoodz Studios.

and ARMS AND SLEEPERS

Arms and Sleepers is the electronic music duo Max Lewis and Mirza Ramic. Formed inBoston, USA in 2006, the group has amassed over 30 releases, nearly 2,000 liveperformances, and countless TV and Film music placements in their 15-year history.2020 was the group’s busiest year yet, with the release of a 6-part conceptual musicseries that included 3 full-length albums and 3 EPs. In 2021, Arms and Sleepers iscelebrating its 15th anniversary with a slew of re-releases and anniversary editions.

Over the years, the duo has explored trip-hop, electronica, downtempo, ambient, hip-hop, and subtle pop with deftness and grace. Arms and Sleepers’ creative output hasbeen vast: 12 full-length albums, 13 EPs, and a plethora of singles and remixes. The duohas remixed the likes of Emancipator, Blockhead, Yppah, Sun Glitters, Caspian, Helios,Ef, From Indian Lakes, and many others, and has collaborated with numerous prominentartists including Tom Brosseau of Fat Cat Records, Serengeti of Anticon, and PhilipJamieson of Caspian. Victor Ferreira of Sun Glitters in particular has been a closecollaborator over the last five years, co-producing and mixing the majority of the duo’srecent releases. Ramic, who has been the group’s sole live performer since 2013, hastaken Arms and Sleepers to stages across the world with concerts in North and CentralAmerica, Europe, and Asia. The duo has also seen its diverse music catalog licensed byVice, Showtime, Amazon, Squarespace, National Geographic, United Airlines, SingaporeAirlines, Whole Foods, and countless others. Over the years, Arms and Sleepers hasreceived glowing coverage from a variety of music outlets, including Earmilk, XLR8R,NPR, Huffington Post, Bandcamp Daily, The Line Of Best Fit, and Clash.

With a prolific and busy decade and a half, Arms and Sleepers has not showed any signsof slowing down. In 2020 alone, the group put out 7 releases in addition to severalstandalone singles and remixes. Such high rate of creative output has also coincidedwith Ramic co-founding Future Archive Recordings, an artist-run record label that hasreleased music from the likes of Blockhead, Yppah, Sun Glitters, il:lo, Poldoore, andothers. With a long and active history in the music industry, Arms and Sleepers hascarved out its own unique place within the underground electronic music scene,building a loyal following along the way. 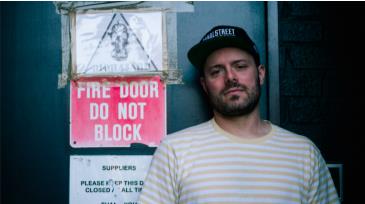