Blood’s forthcoming release, Bye Bye, is above all else a document. Their debut on UK label Permanent Creeps depicts how the punk sextet weathered the storm at the start of the pandemic. While many bands broke up or shacked up in the fallout of the pandemic, Blood made the decision to double down and move into a compound together before relocating as a unit to Philadelphia. As the months in quarantine progressed, the band house quickly evolved from a practice space into an intentional community centered around group mental health meetings, family meals, and working on music. With no shows or any future at all on the horizon, the band also put their heads down and took to home recording for the first time.

All three offerings on “Bye Bye” have a sense of the band’s newfound closeness and the strangeness that can only come from a group of people who have willingly siloed themselves off. The collage of deviating styles and pretty mistakes brought up in the mix, reveal a band pleasurably crashing their previous vehicle, which was not yet ready to stray from the tired masculine bravado of contemporary punk.

Blood basks in grasping the most opposite poles of energy, making them sit right next to each other to see what gold can be parsed from the uncomfortable. Their upcoming record sits at this tension of being pushed away only to be pulled back in, which shouldn’t be a surprise from a band who has chosen to return to music with a big resolute: “Bye Bye.” 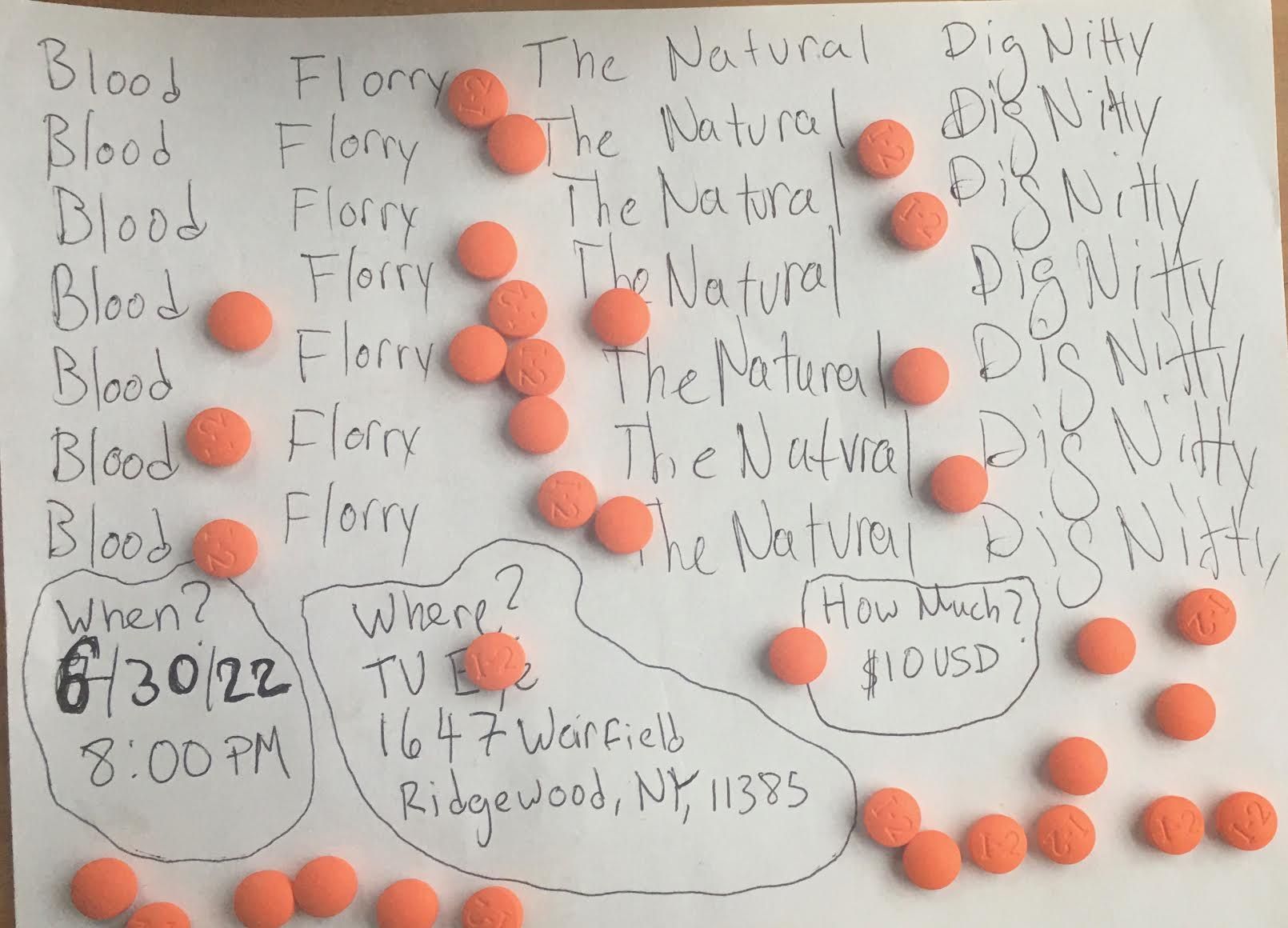