Distanced at the Diamond

Party suites include tickets for 10 people with beer and nachos.

This concert is NOT at The Castle Theatre. It will take place at the NORMAL CORNBELTER'S STADIUM —1000 West Raab Road in Normal, IL, 61761.

BLUES TRAVELER'S BRAND NEW STUDIO ALBUM "HURRY UP & HANG AROUND" IS A 12-TRACK OPUS THAT FINDS THE BAND RE-ENERGIZED AND LASER-FOCUSED STIRRING UP AN INTOXICATING BREW OF ROWDY ROCK, SMOKY PSYCHEDELICA, SOUTHERN FOLK, STAGGERING SOUL, AND BRASH BLUES. NOW AVAILABLE ON THE BLUES TRAVELER WEBSTORE, STREAMING MUSIC SITES, AND WHEREVER MUSIC IS SOLD.

From the days of playing greasy local juke joints to headlining major festivals, JJ Grey remains an unfettered, blissful performer, singing with a blue-collared spirit over the bone-deep grooves of his compositions. His presence before an audience is something startling and immediate, at times a funk rave-up, other times a sort of mass-absolution for the mortal weaknesses that make him and his audience human. When you see JJ Grey and his band Mofro live—and you truly, absolutely must—the man is fearless. Onstage, Grey delivers his songs with compassion and a relentless honesty, but perhaps not until Ol’ Glory has a studio record captured the fierceness and intimacy that defines a Grey live performance. “I wanted that crucial lived-in feel,” Grey says of Ol’ Glory, and here he hits his mark. On the new album, Grey and his current Mofro lineup offer grace and groove in equal measure, with an easygoing quality to the production that makes those beautiful muscular drum-breaks sound as though the band has set up in your living room. 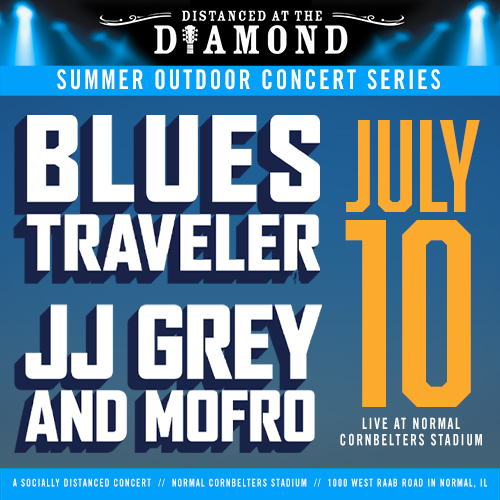