February 6th will have been Bob Marley's 77th birthday, and we're throwing him a birthday party at the Great American Music Hall!

Lead guitarist and vocalist is an original member of Bob Marley and the Wailers having joined the band in 1977. Originally from Kingston Jamaica, he moved to London as a small child where his love of music was nurtured. He had his musical 'apprenticeship' in the United States performing with artists such as T-Bone Walker and Ike & Tina Turner. After turning down an offer to tour with Stevie Wonder he joined Bob Marley on lead guitar and stayed with Marley through the singer's death in 1981. Junior played on Marley's final four albums, “Exodus,” “Kaya,” “Survival” and “Uprising,” as well as the posthumous “Confrontation.” He has continued to be in demand for recording and touring performing Bob Marley's music as well as music from his own solo albums.

Was born in Greenwich Farm an area of Kingston. He started playing the drums at the age of ten and was performing professionally by age 15. Best known for his work with the Soul Syndicate Band that backed Peter Tosh, Davis also played on Bob Marley's albums, Survival, Uprising, and Confrontation. He currently plays with Bob Marley's son Ziggy Marley.

A native of Kingston, Jamaica Andrew started singing at the age of fourteen when his vocal abilities helped him find his way to the "Colgate Cavity Fighters Club" program on Radio Jamaica. He released his first solo album, "Militant" in 1991. By 1997 Andrew had become the lead singer for the seminal reggae group Black Uhuru. This upcoming March, Law Records will release his upcoming solo album, “Real Life”.

Originally a Bay Area resident, Andrew started as a drummer, then a keyboard player and music producer, and then a singer. He has produced music with Junior Marvin and Andrew Bees as well as Ziggy Marley, Ky-Mani Marley, Bunny Wailer, and Toots Hibbert. He released his solo album, "Diamond in the Rough" in 2007 and has since kept a recording studio in Kingston. 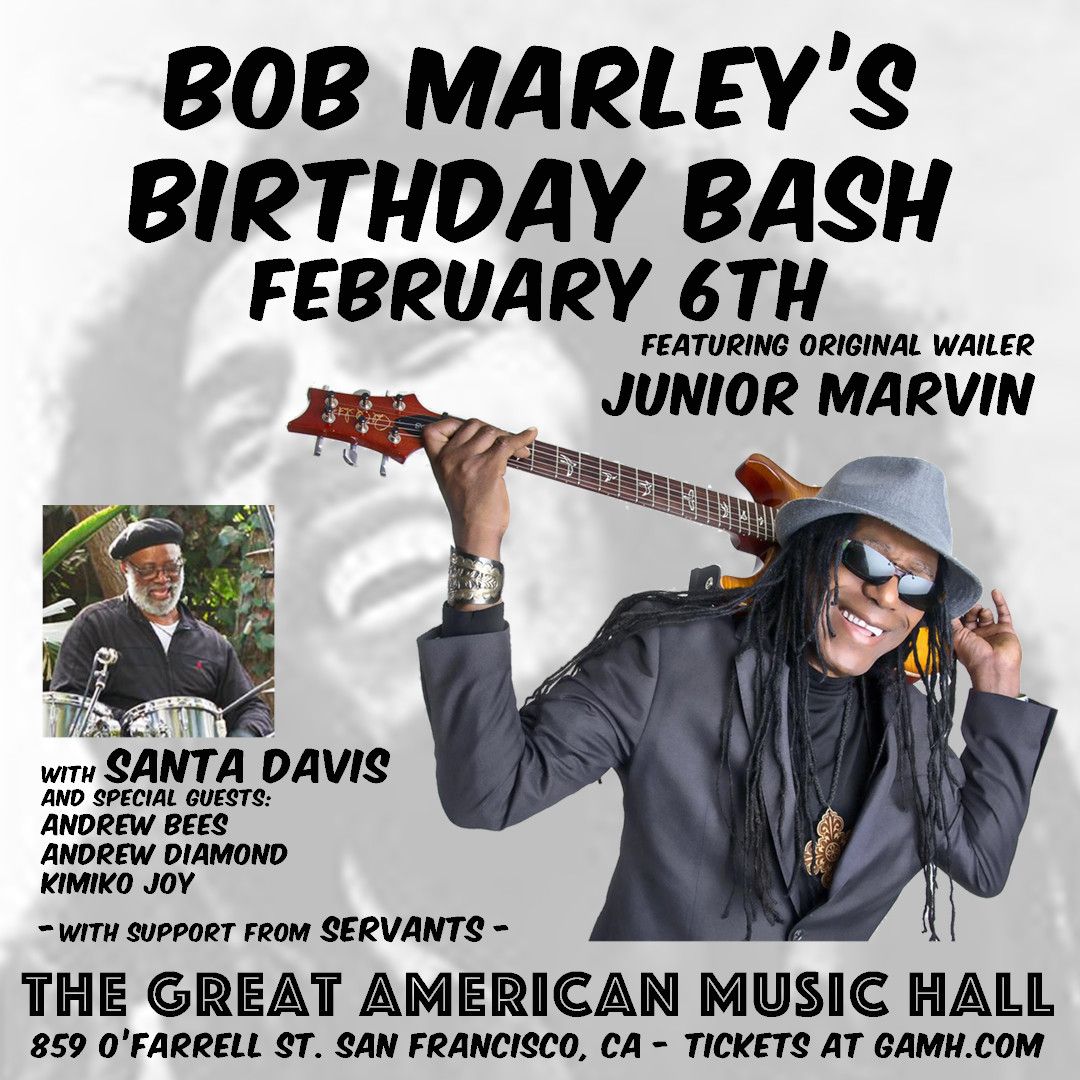