On his full-length debut Javelina, singer/songwriter/guitarist Braison Cyrus shares a selection of exquisitely crafted stories, telling tales of haunted souls and lovesick dreamers and hard-living characters pushed to the brink. Rooted in the nuanced lyricism that led American Songwriter to hail him as “a storyteller of epic proportions,” the album unfolds in a timeless alt-country sound informed by such eclectic touchstones as Levon Helm and spaghetti-western composer Ennio Morricone. Whether he’s spinning a tragic romance or a joyful reverie, Cyrus imbues each song with his warmly captivating vocals and the kind of indelible melodies that immediately make their way into your heart.

Produced by Austin Jenkins (Leon Bridges, Kacey Musgraves, Orville Peck) and Jordan Reed (Johnny Swim, The Western Sons, Roots of a Rebellion) features appearances from country legend Steve Earle and Ben Cramer of Old Sea Brigade, Javelina came to life at the iconic Castle Recording Studios in Franklin, Tennessee. In shaping the album’s intricate arrangements, Cyrus worked closely with his bandmates Blair Winters (on drums) and Grant Winters (on bass), introducing such elements as strings and pedal steel and Hammond B3 organ while preserving the raw authenticity of his demos. “To me it’s really important to let my band have a lot of creative control,” says Cyrus. “I wanted everyone to go in and do their own thing, and bring their own vision to everything we created.”

Opening on the spellbinding sprawl of “Don’t Hold Your Breath,” Javelina instantly lures the listener into the lushly detailed sonic world built by Cyrus and his collaborators. With its serpentine guitar tones, the track embodies a quiet mystique intensified by Cyrus and Cramer’s richly layered vocals. From there, the album drifts into “Autumn Leaves” and its pedal-steel-laced meditation on loss of innocence, a prime showcase for Cyrus’s lyrical poetry (“You see the sky from your living room/The moon’s the bride and the sun’s the groom/Lazarus is still in the tomb/He’ll never see the flowers in bloom”). “I bought a mandolin at a garage sale and wrote that whole song on it,” Cyrus recalls. “In the end we switched it out for guitar and added some pedal steel, and the whole thing just transformed.”

One of the most rousing moments on Javelina, “Disappear” was sparked from a demo had laid down in his bedroom in high school. “I found an old laptop with this song I’d probably recorded after getting high one night when I was 16,” he says. “I ended up changing it a lot and rewriting the lyrics, but I still tried to recapture that simplicity of when I first wrote it.” Graced with luminous piano work, the result is a powerfully nostalgic track that slowly acquires a potent momentum, ultimately building to a life-affirming sing-along.

After the freewheeling interlude of “Revolver”—an instrumental Cyrus and his bandmates recorded late one night after learning of the death of Ennio Morricone—Javelina takes on a more kinetic and often-gritty energy. In a sharp departure from the bittersweet musings of side A, the album’s latter half includes such standouts as “Blackwater,” a gloriously fiery epic featuring Steve Earle. As Cyrus reveals, the song’s smoldering grooves and jittery guitar riffs emerged in the depths of a brutal heat wave that had overtaken Nashville. “At the time my drummer Blair and I were at my home studio, and we’d just read a story about road rage going up during the heat wave and people getting out of their cars and shooting each other,” he says. “It turned into a song that had this sort of backwoods creepiness to it, which made me think of ‘Copperhead Road’ by Steve Earle. We got in touch with Steve and played ‘Blackwater’ for him, and he recorded his part at [historic New York City spot] Electric Lady Studios. Getting him on the song really grounded it and solidified the whole mood we were going for.”

Growing up in Nashville, Cyrus first started making music on his own as a teenager, and soon began mining inspiration from the deeply introspective songwriting of artists like Conor Oberst and My Morning Jacket’s Jim James. After spending some time in Los Angeles, he returned to his hometown and had a major creative breakthrough with a piece he’d written solely for the sake of catharsis. “I’d gone through a breakup and sat down at my little electronic keyboard and very quickly wrote a song, then recorded it as a voice memo on my phone,” says Cyrus. “I sent it to my brother and sister and asked if they liked it, and they both texted me back right away like, ‘Whoa, did you write that?’” Within a week, Cyrus had penned his debut single “I’ll Never Leave You,” a sweetly cascading folk track that premiered to much acclaim in late 2018. As he began assembling the batch of songs that would eventually comprise Javelina, he further developed his lyrical voice by bringing an extraordinary attention to detail to each composition. “Once I get started on a song, I’ll write ten or so verses and then whittle it down to the best of what I’ve come up with,” Cyrus notes.

In creating Javelina, Cyrus matched that precision with the pure spontaneity that fuels his collaboration with his bandmates. “In a way making this album was like watching these songs grow up, and a lot of that has to do with my band keeping me focused but also relaxed and in good spirits,” he says. “We’d usually get started very late in the day and work till about four the next morning, and whenever we weren’t recording we’d head out to the cobblestone driveway in front of the Castle and just hang out together. All the good energy from outside carried over into the studio, and I think you can really feel that in all these songs.” 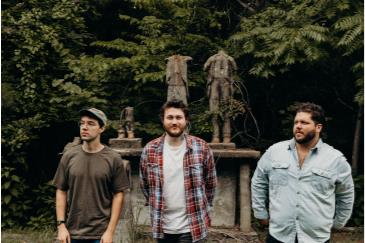