Eighteen-year-old Brandon Niederauer, nicknamed “Taz” for his ferocious guitar playing, is living proof that dreams really do come true. Having performed in some of the most legendary venues in America with many of the most prominent musicians of our time, the young guitarist, singer, and songwriter has already earned himself quite the reputation.

It all started at eight years old, when Brandon watched the movie School of Rock. Already inspired by his father’s record collection, Brandon instantly realized he was destined to play guitar. From that moment on, his guitar rarely left his hands. Just four years later, Brandon was cast in the principal role of guitarist “Zack Mooneyham” in the Tony Award-nominated Andrew Lloyd Webber Broadway production, School of Rock the Musical.

Waiting on Mongo is an award-winning funk band from Asbury Park, NJ. Since the the band’s 2014 debut, They’ve been featured at events such as Jams on the Sand, Convention Hell, and other local events. They have also been on several tours spanning New Orleans, Charleston, SC, and Burlington, VT.

Waiting on Mongo released an EP titled “Just A Taste” in 2017 and celebrated it’s release at a sold-out show at the Saint in Asbury Park, NJ. This event is Will Call ONLY. Purchaser must have ID and credit card used for the order to receive wristbands. All patrons must be present to enter.

This is a small capacity show to benefit Recovery Revolution and Daydream for Life 501c3 charities.

Rain or Shine.  No refunds unless event is cancelled.

"aka Rules and Answers to your questions"

The goal of this is to see live music again in a socially responsible way while following all the COVID guidelines. Your safety and the safety of the artist is our primary concern.

1. VIP TICKETS ARE SOLD IN GROUPS.  All OTHER TICKETS ARE GENERAL ADMISSION BY PRICE LEVEL.  There is plenty of room for social distance if needed.  Please allow space between groups.  We ask that groups limit themselves to 10 people per group.

2. Please read all the FARM VALUES before buying a ticket - We know it’s a lot, but again, safety our concern for you.

3. A full welcome package is sent out the week of the show.

This is an exclusive concert experience on an outdoor area where we will do our best to ensure the safety of everyone attending.

Show schedule for most days will be as follows:

All times are subject to change per artist

This is to benefit Daydream For Life and Recovery Revolution....501c3 companies.

By purchasing a group of tickets, you agree to the following terms:

SHOWS ARE RAIN OR SHINE: IF THE SHOW DATE IS CHANGED, YOUR TICKET WILL BE VALID FOR THE MAKE UP DATE. IF THE SHOW IS CANCELLED, A REFUND WILL BE PROVIDED.

Site plan is subject to change.

Groups must travel together. One car per group.

Additional vehicles per pod will be $20 because of limited space

Re-selling of tickets will only be allowed with written permission of the venue.

There will be bathrooms on site.

Please respect everyone and the space they want to have.

We know the pond looks amazing, but no swimming

Change in date due to weather will not result in refund unless there is a cancellation. All tickets will be good for the make-up date.

There is NO smoking in your area. There will be socially distanced smoking areas.

Items that are allow:

- Fold up Chairs / Blanket (There is a very small table, but we encourage a picnic style setup)

Items that are not allowed:

- Pets of any kind

- Any other items the "Farm Hands" deem unsafe 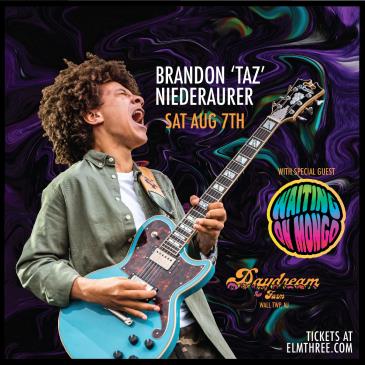