Jazz songwriter Burke Ingraffia has a rare lyrical gift in the Southern style of Mose Allison or Bob Dorough. A native of New Orleans, Ingraffia blends the sounds of jazz with the warmth of the acoustic guitar and his auspicious vocals.  He has been a Kerville New Folk Finalist and has received awards from the Mid-Atlantic Song Contest in both the jazz/blues and folk categories.  Burke Ingraffia's 2020 album, Waves, received critical acclaim and features some of New Orleans' finest musicians including Johnny Vidacovich, James Singleton, and John Gros and was produced by multi-Grammy Award winner Scott Billington (Clarence "Gatemouth" Brown, Professor Longhair, Bobby Rush).
Burke will be accompanied by The John Kocur Quartet, a popular and masterful D.C. jazz ensemble and Blues Alley favorite. 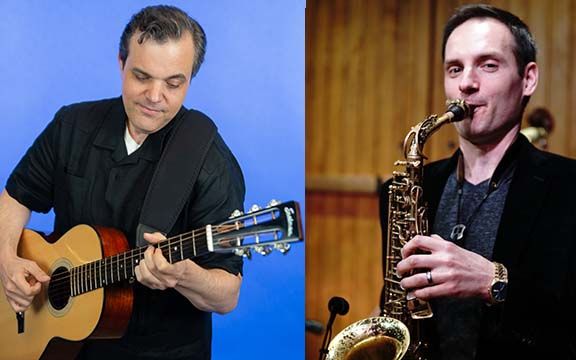