Burrows and Dilbeck consists of vocalist/pianist Spencer Burrows and master guitarist /recording engineer Kris Dilbeck. Although they both originated from just North of San Francisco bay area ( Sonoma County ), their musical connection hadn’t started brewing until they connected in 2002 while working on music recording projects together at Berklee College of Music in Boston, MA. After their stint at Berklee concluded, they both landed back in their home towns and started a group called FunKtion with musicians, Dane Lundy (bass) and Aaron Haggerty (drums). Function recorded a handful of original songs that were never released, but only had one performance before calling it quits. The duo went on to create a new group in called Spencer B and the FSDs with musicians, Emily Froberg (bass) and Cory Stück (drums) which in 2005 would be the makings of the original band, Frobeck. In just 4 years, Frobeck would record 3 original albums, win the Mystic Theater battle of the bands and be named “Best of the North Bay.” In 2010, they caught the attention of management and expanded the band to include a horn section (Bari saxophonist and longtime friend, Alex Scammon, tenor saxophonist, Alex Garcia, and trumpeter Cayce carnahan), and a grossly over qualified backing vocalist ( Callie Watts - who would later become Kris’ wife ).

The story of the revolving drum throne:

Cory Stück played on and helped engineer Frobeck’s first two albums and then left around 2009 to raise his family. He still helped engineer the third album even though he was not in the band at the time. what a good guy! Then another independently awesome drummer, Paul Spina stepped in the drum seat to perform and recorded album #3 and then was replaced by then sub at the time, Jonathan Lazarus. Paul was amazing but also in high demand and Spencer and Kris were looking for a more permanent drummer situation for the band. Jonathan was the sound they had been looking for. John played on album #4 and helped propel the group forward until 2013 when he had fallen ill to mental health problems and took his own life. Although they were devastated by the news of his passing, the band vowed to keep moving forward to honor his memory. Spina stepped back into the group like a hero and performed and recorded album #5 with the band until about 2017. He still steps in and plays when needed from time to rock some faces. After 2017 the band had played with bay area Drummers, Ben Lauffer and Aaron Green till the turn over in 2018. Ben Lauffer would go on to be the drummer for Burrows and Dilbeck.

Emily Froberg was the bassist who played and performed with the band through the first four albums and then took leave around 2014 for health and personal reasons. The sub at the time was Badass bassist Ben Burleigh who had grown up hearing about Frobeck for years. As soon as Froberg stepped out, Burleigh stepped in and kept the band going. Burleigh recorded bass on their 2015 release and stayed through till the end of Frobeck in 2018. He along with the remaining members of Frobeck ( minus Dilbeck ) would later help champion the high potency funk band, The Big Fit which featured Burrows from 2018 through 2019. As for Emily, she would eventually come back to record with Burrows and Dilbeck with prospects of performances to come.

In 2019 Burrows and Dilbeck released their album “ All the Same “ and look forward to performing and recording for years to come.

Maddie Carpenter is a singer-songwriter based out of the Bay Area. She is a lover of Americana, Pop, and Blues, which you will hear as influences in her original music. Carpenter’s debut solo EP will be released at the end of summer, 2021 so stay tuned and follow her at @sheesingss on Instagram for further updates!  Zach Moses Ostroff is a musician and producer based out of the Bay Area. Ostroff has been a touring and recording artist since he was 17 while also producing records and film scores. 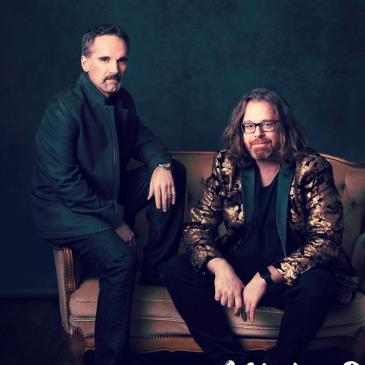