Derek Humphrey is a New York City based comic and actor. As a comic, Derek has finished in the top tier of Caroline's On Broadway 2019 "Comedy Madness" and the Bell House's "One Liner Madness," respectively. Derek's acting work has included campaigns for Gillette, appearances on MTVOther, ABC and in the series "The Alley" on Amazon Prime. In addition to stand-up and acting, Derek is a regular guest on both the Comedy Cellar's "Live From America" podcast and the popular show “Movies R Dumb” with Frank Coniff of Netflix/Comedy Central's "Mystery Science Theater 3000."
Before starting in comedy professionally, Derek was a Firefighter, EMT and Chemical Warfare specialist in the United States Navy. He served from 2000-2005, was a responder to the events of 9/11 and a veteran of Operation Iraqi Freedom. Additionally, Derek had an illustrious career as a manager of a five star luxury hotel in the heart of South Carolina. Derek was born in a single wide trailer in Detroit.
Boris Khaykin has done warm up for Comedy Central’s The Opposition and was listed by TimeOutNY as one of Brooklyn Comedy Festival’s Biggest Stars. He’s been featured in Broad City webisodes, Amazon Prime’s Red Oaks, and is a regular guest on The Comedy Cellar’s Live From America Podcast. Boris is also a writer/director for We The Internet TV where his work was a 2017 Webby Award winner and a 2018 Webby Award Honoree.
Jericho Davidson is the undisputed king of rock and roll comedy. Whether it's in punk rock bars, comedy clubs or old folks homes, Jericho's been entertaining crowds for 20 years. In addition to being featured on Impractical Jokers, he's opened for Doug Stanhope, Kyle Kinane and Paulie Shore. Jericho was crowned Budweiser's 2010 "Battle Of Buds" champion, earning him his first sponsorship. Jericho is THE life of the party.
Guests MUST arrive 30 minutes prior to check in to guarantee seating. Seats are subject to be released 15 minutes after the show begins. ALL LINEUPS SUBJECT TO CHANGE WITHOUT NOTICE 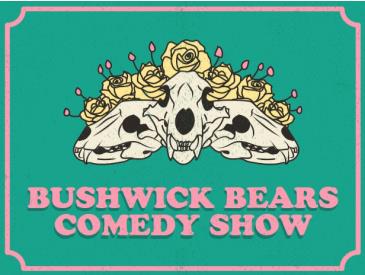