*All attendees must be fully vaccinated and be able to show proof (via card or QR code). SF also has a mask mandate so you must mask up when not drinking or eating. Let's keep everyone safe and sound during this return to live music!*

This is how grief becomes a landscape.

Before the pandemic cast its weather of mourning on the world, and before she began weaving together her sixth album as Circuit Des Yeux, -io, Haley Fohr found herself grieving a close friend. For a time, the loss severed her from her art. A singular, celebrated figure in the Chicago experimental music scene, known for her arresting voice and the transportive moods she grows around it, Fohr had kept a steady creative practice since she first began recording her own music as a teenager. Grief ruptured that foundation. Fohr could not write for months, the longest fallow period she’d crossed since she experienced her first episode of major depression at 17.

Working at home on her computer, Fohr wrote, arranged, and produced each note of -io . She wrote for a 23-piece orchestra, gathering strings, horns, and drums around her daring vocal melodies. She staged -io on a scale vaster than anything she’d recorded before, a scale that matched the enormity she’d weathered, big enough to hold the world in its tumult.

Under COVID restrictions, Fohr could only record with six other players in the studio at a time. She and her collaborators—13 renowned musicians from Chicago’s jazz, classical, and experimental scenes—built -io layer by layer, entwining its pain with the clear yearning that sparks at its dark heart. Horns cry out like terrified and distant voices from the dizzying waltz of “Neutron Star.” A spaghetti-western guitar reverberates as if in a cavern amid the percussive pummel of “Dogma.” Strings thrash against each other like sheets of rain amid “Vanishing’s” apocalyptic thrum. Amid them, Fohr’s voice rears in space, overdubbed to the point where it becomes an architecture of its own, at once the subject in the narrative and the surrounding environment. The effect is at once capacious and crushing, like being drawn into a gas giant. https://www.circuitdesyeux.com/ 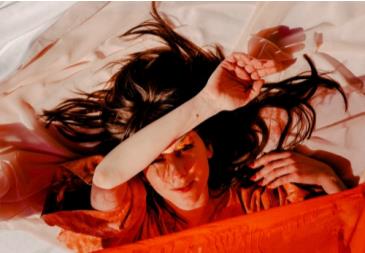