"Come witness rock'n'roll history! San Francisco's very own Cool Ghouls live in concert for the first time since 2019! They're a fantastic unit for playing rock'n'roll! Not to be missed! Truly a gem!" https://coolghouls420.bandcamp.com

Chime School is the project of San Francisco musician Andy Pastalaniec. Endlessly charmed by 80s indie and its 60s forbearers (and any record with a 12-string guitar), Andy cut his teeth as a drummer with SLR labelmate Odd Hope in their early group Pink Films; later with shoegazers Cruel Summer, and currently with indiepop outfit Seablite. https://chimeschool.bandcamp.com/

The Smashing Times is Baltimore's finest jangle: "This is perfectly obtuse late 80s jangle in the weirdest of traditions.... the finest examples of The Television Personalities perfect ‘warble, wistfully in the dark’ sound, among washed out strains of the tinny, stuttering jangled riffs, that was so omnipotent in the jangle sub-culture of yesteryear." -- janglepophub https://thesmashingtimes.bandcamp.com/ 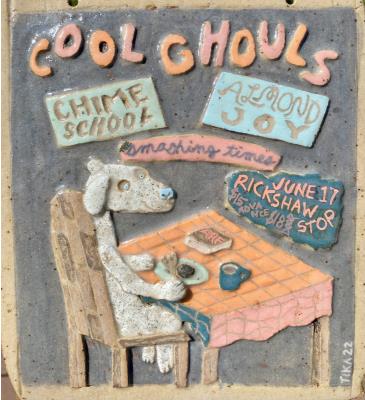