Trombonist COREY HENRY has what many musicians would consider the ideal upbringing: Raised in the neighborhood of Treme, the birthplace of jazz and a stone’s throw away from Congo Square, surrounded and nurtured by some of the most important musicians in New Orleans history.

TREME: THE BIGGEST INSPIRATIONBorn in July 1975, Henry grew up on Barracks Street just down from Little People’s Club, once a popular spot for second line parade stops in the Treme. Henry was the third child in a family of five boys and two girls. His grandfather Chester Jones played bass drum in a traditional jazz band at Preservation Hall. His uncle is Benny Jones of the world-renowned Treme Brass Band. “Being in Treme was my biggest inspiration, being around all that music at once. We always had brass bands playing – the Pinstripes, Olympia, the Dirty Dozen. I’d go outside and they’d be playing a party or doing a second line. I got inspired by that and of course it’s in my family, my uncle and grandfather.”

As a result of this musical environment, Henry didn’t learn his craft in the school band the way many other brass band musicians in New Orleans do. Treme was his music classroom; family members and neighbors on every block were his teachers. “I always had people like Tuba Fats giving me tips on what I needed to do during gigs; Freddie Kemp, sax player with Fats Domino; also Stackman, Frederick Shepard, Roderick Lewis. They all lived in the neighborhood and played with the Treme Brass Band.”

Henry started on the snare drum but switched over to the trombone at the age of 10. When he turned 16, his uncle Benny hired him to play with the Treme Brass Band. “He just threw me in the mix with all those bad musicians, said ‘This is how you gon’ learn. Just go for it.’ So I learned doing it live, not during rehearsals. It was like learning on the job.” Showing him the ropes along with his uncle was trumpeter Kermit Ruffins. “They put me with a lot of musicians who were phenomenal, taught me a lot about stage presence, how to conduct yourself, coming to gigs on time.” He counts legendary trombonists Keith ‘Wolf’ Anderson and Revert Andrews as mentors who helped him develop his unique sound. “It was these two different musicians showing me things and me listening and practicing and just researching, being hungry and eager to learn.”

With “Lapeitah,” his national debut from Louisiana Red Hot Records, Henry reveals a signature playing style and the ability to lead a band with his own muscular voice and his trombone blasting through the room like a fast-coming train, fueled further by the crowd’s energy that he inspires.

Henry was the trombonist on Rebirth Brass Band’s “Rebirth of New Orleans” that won the Grammy for Best Regional Roots Album in 2012.

Henry’s talents as a musician have been recognized by his peers and the public, winning these Offbeat Magazine Best of the Beat Awards:

The New York Times listed Corey Henry & the Treme Funktet as one of 13 standout sets at the 2019 New Orleans Jazz Fest.

Most recently, Corey Henry won the 2019 Spirit of Satchmo Music Award sponsored by French Quarter Festivals, Inc. for his commitment to preserving and honoring Louis Armstrong’s legacy through his performance.

(former members of Pimps Of Joytime)

WALK TALK
In an era where imitation is the rule of thumb, Walk Talk is staking their claim to the groovy avant-garde of post-pop panache. A delicious duet much-buzzed about in the Northeast, Walk Talk is born of the musical partnership of Mayteana Morales and David Bailis. The prolific pair of NYC-based multi-instrumentalists are well-acquainted, nearly a decade deep touring the globe as two-fifths of the critically-acclaimed future-funk outfit Pimps of Joytime.
Walk Talk identifies as a culmination of time, genre, travel, rhythm, and dance; manifesting love variations and soul vibrations through original song craft and electrifying live performance. The longtime co-conspirators have re-emerged as an exciting new and dynamic duo; Walk Talk offers a fresh and inspired take on classic 60's Soul, High-Life Afro-rhythms, quiet storm R&B, golden-era Hip-Hop, boogie Funk, and blissfully beyond. Morales and Bailis steadily unveil a creative canvas on which these passionate artists draw original soundscapes, rhythms, and sensualized harmonies, intoxicating elixirs that resonate deeply across a wide swath of demographics and genres. 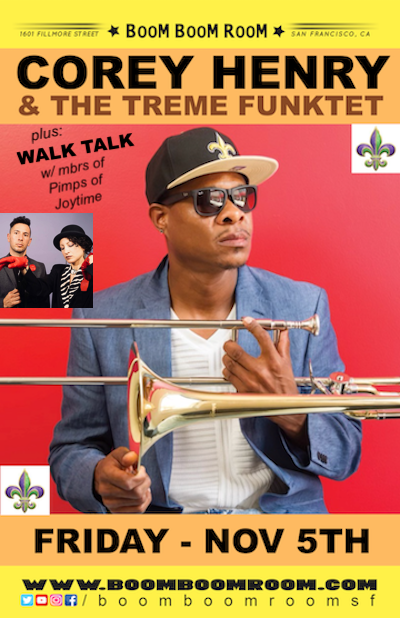