“If a song doesn’t give me chills at some point, then I don’t want to put it on a record. I want to feel and believe every
song.”
That’s always been Caitlyn Smith’s mantra. One that has seen her songs in the hands of Miley Cyrus, Dolly Parton,
Meghan Trainor and John Legend, Garth Brooks, and Jason Aldean, to name a few, and won her a Critics Choice Award.
With the 2018 release of her debut album, Starfire, Smith established herself as one of the brightest rising stars in
Nashville. Her finely etched writing and soulful voice earned her numerous television appearances including The Tonight
Show Starring Jimmy Fallon and Late Night with Seth Meyers, a plethora of festival bookings including South by
Southwest and Stagecoach, and high-profile touring slots with the likes of Tim McGraw and Faith Hill and Sheryl Crow.
With 2020’s follow-up, Supernova, the singer-songwriter who garnered acclaim from TIME, Rolling Stone, Billboard, The
New York Times, and countless critics, upped the ante, delivering a set of songs that are bigger, bolder, and more
powerful sonically and lyrically.
Songs that had her named to Paste’s 10 Country Artists to Watch list and Pandora’s Ones to Watch list, as well as a
selection for Amazon Originals and a mini documentary with Apple Music called Caitlyn Smith: Reimagined.
Among those songs, is “I Can’t” – a track that chronicles the decline of a relationship alongside a changing city. “This
ain’t a 20 minute town no more…” is a sentiment all Nashvillians know well. “Ain’t a 20 minute call no more…” is a
sentiment nearly everyone does.
After singing the song on stages across the country while touring with Little Big Town, Smith knew it needed another
voice to counter hers. When she looked to re-release Supernova as a Deluxe, she jumped at the opportunity to
collaborate with her friends, and country superstars, Old Dominion. Matthew Ramsey sang, and the band played. “I
Can’t (feat. Old Dominion)” was born, and the song soared.
Smith played the track on The Today Show and it has gone on to garner attention from Billboard, Rolling Stone, People,
Fader and more.
After much anticipation, the track hit country airwaves in February of 2021. 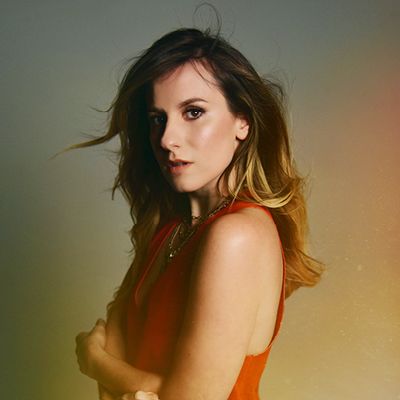