The band’s sound can be described as a fusion of melancholic dream-pop with cosmic-psychedelia. The fascinating composition structure is comprised of every element delivering in equal balance: Coe’s yearning, levitational vocals, serene yet energizing melodies from Meléndez’s synth, and Vázquez unraveling it all with sultry guitar riffs.

In 2014, Camilo Séptimo premiered their first EP “Maya” at Casa de Lago to a cult following of 400. With a meteoric rise in popularity, the trio was invited to perform at the prestigious Festival Viva Latino the following year --a feat virtually unheard of among bands that are only two years from their debut.

2016 marked even more astronomical achievements as they launched their 38-show “Neon Tour” across Mexico, selling out shows in iconic music venues such as Centro Cultural España , Lunario del Auditorio Nacional , and Foro Indie Rocks! . Notable performance invitations followed, including opening for the Foals at the Pepsi Center WTC and Twenty One Pilots at the Palacio de Los Deportes. Camilo Séptimo also participated in select performances in the historic Café Tacvba - Zoé tour of 2016.

In 2017, the band announced the launch of their first LP “Óleos” as a joint production by Mario Miranda (Patterns) and Christian Jean (Reyno). Óleos was presented at El Plaza Condesa along with two performances at Teatro Metropolitan , selling out all three shows. That same year, the now nationally-renown indie band embarked on their first international tour that included headlining performances in Chile, Colombia, Costa Rica, Spain, and US cities San Diego, San Francisco, and Los Angeles.

Drawing inspiration from their international tour, Camilo Séptimo’s next album “Navegantes” reflected a more polished composition that leads listeners through a myriad of celestial musical escapades. The transcendent 10-song album was a collaborative production by Mario Miranda, Camilo Séptimo, and Fer Mares, with Luis Jiménez assisting in vocal production.

Camilo Séptimo returned to the Pepsi Center WTC in February 2019, this time to premiere their album Navegantes and selling out the 7,000 capacity theater. In September 2019, Camilo Séptimo over-shadowed that success with yet another phenomenal accomplishment -- selling out Mexico City’s 10,000-seat Auditorio Nacional.

Camilo Séptimo’s exhilarating achievements show no sign of slowing down. With an expanded 2020 tour throughout the north and south American continents, Camilo Séptimo continues to reach new sonic heights of performance success and musical acclamation. 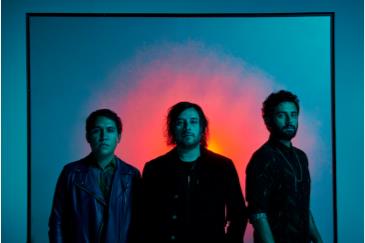