Under the pseudonym Cold Hart, Jerick “Jay” Quilisadio has consistently been on the cutting edge of alternative hip-hop as a vocalist and producer. By pairing components of rap with seemingly unrelated genres like emo, gothic rock, and country, Cold Hart has become an innovator of genre-defying music.

Born and raised in the coastal city of Long Beach, California, Cold Hart was seldom seen without a skateboard in his hand. He would play records by post-punk’s Nick Cave or the Cure just as often as he would listen to rappers Speaker Knockerz and Chief Keef.

In 2014 Cold Hart co-founded the renowned collective, GothBoiClique. It was Cold Hart who officially titled the group after sending a beat with the same name to fellow co-founder Wicca Phase Springs Eternal. Starting in 2015, Cold Hart began to release a slew of singles and definitive vocal mixtapes such as OC Season 1 & 2 and Downer, which helped surpass his distinction as solely a producer. Today, GothBoiClique sits at ten members, including Lil Tracy, Wicca Phase, Fish Narc, Yawns, Horse Head, and the late Lil Peep. 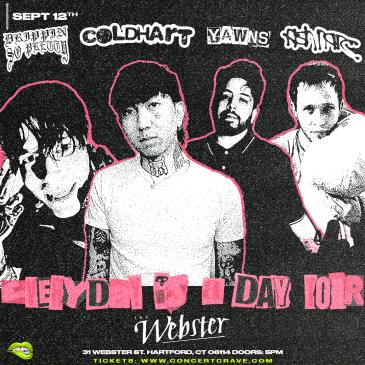