The first underground hip-hop event of its kind, this lineup of artists guarantees unmatched energy that you cannot find at any other event. This event is meant to highlight the one-of-a-kind underground community that Philadelphia has to offer.

Concert tickets are available to all ages, but only people 21+ will be able to attend our after party which starts at 11:30 pm. Come get wild with some of the biggest up-and-comers in the game and party with us after the performances!

Ten Acres has been organizing concerts & events since 2021, shortly after forming as a group together in early 2020. With a strong presence already established in their hometown of Montreal, Canada, they are committed to becoming a vital role in the music scene across the United States. Our goal is to promote the rising artists in each city we visit, leaving concertgoers with an experience that only Ten Acres could curate.

If you are the type of person who fears missing out you aren’t going to want to miss this event. You as the listener have the opportunity to be the first to witness the greatness that will unfold on July 23rd.

With a library of unique flows, creative bars, and infectious trap beats, T$AN (San) is cultivating the quintessential alternative trap sound of today’s youth. In the short span of 11 months, T$AN has been able to set himself apart with the release of his first full-length debut entitled G6M1NI9.

The Atlanta-born artist (named T$AN/Troy Stephan Anthony Norton) recalls from a young age that he was destined for greatness. Moving to Philadelphia at the age of 15, T$AN was able to channel his confidence and determination into creating music.

From teaching himself how to play the piano to writing and engineering his own tracks, T$AN’s intense work ethic has placed him into a lane all of his own.

With musical influences from trap powerhouses like Lil Uzi Vert, Playboi Carti, and Travis Scott, T$AN has been able to capture the energy of this rap subculture by creating catchy songs that his audience genuinely connects with. T$AN is emerging from the Philadelphia music scene with a serious vengeance and has no plans to lighten the pressure he’s been applying; making him arguably one of the hardest new underground artists of recent years.

Ten acres is a team of artists, producers, and engineers who work together to make music that connects and sticks with the listener. In addition to music production, we are passionate about music curation, and the organization of underground music events. Our goal is always to provide the best opportunity for up-and-coming artists to receive recognition and experience in the field.

As a startup, we consistently are setting up releases for our signed artists Bwill, Rada & Keleopatro. However, we are constantly seeking to collaborate with artists and other creatives who share the same passion and goal as we do.

Art is a feeling. At Ten Acres we strive to capture those feelings and create special moments through a community that puts the art first. It is our mission to show the community that we only need each other in order to create something that will last a lifetime. 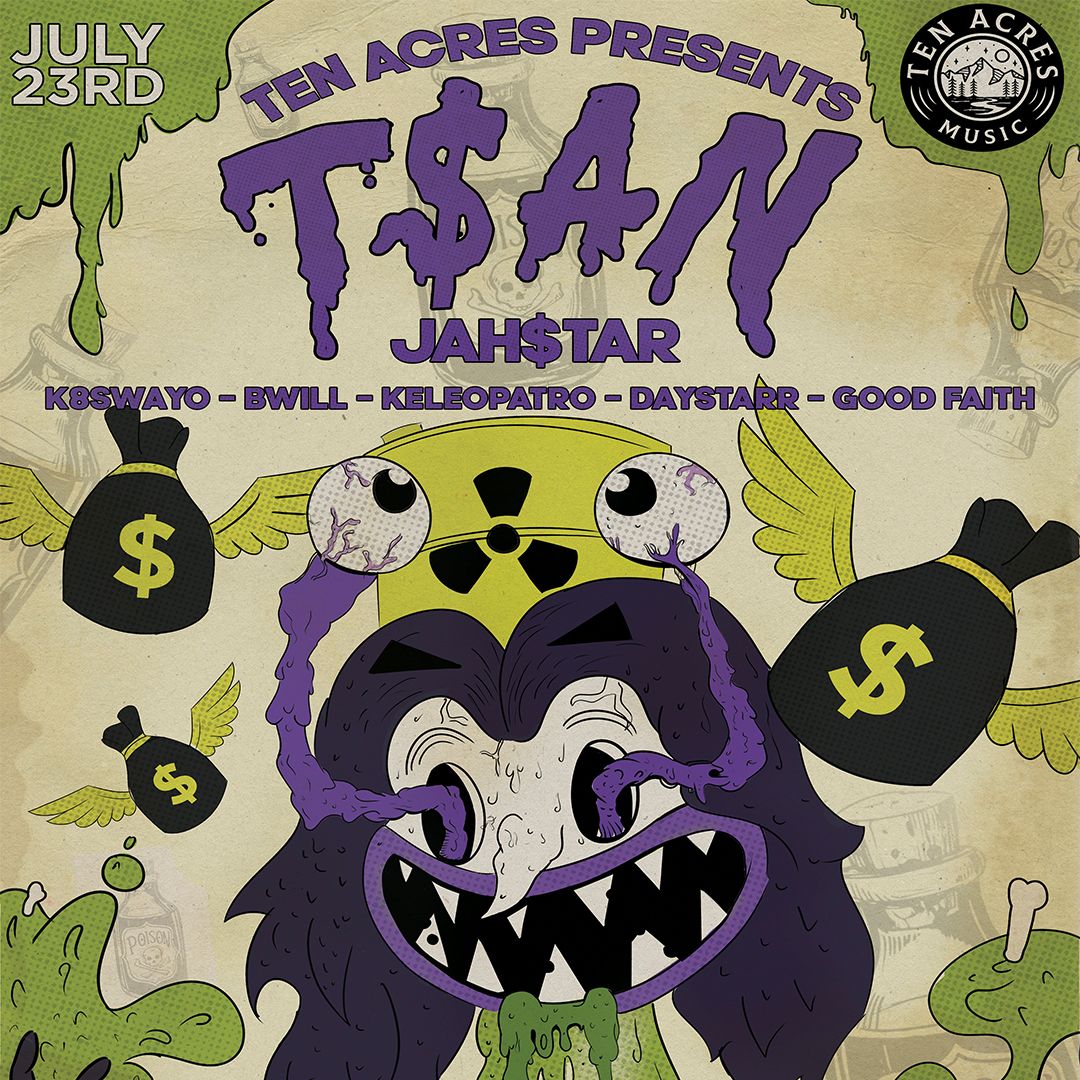