CARIÑO began as a concept in summer 2017 because María was feeling frustrated trying to make poetry, since she was unable to say “I love you” or “I want to marry you” without it seeming like a simple, silly poem. She had always liked how simple and direct pop language was, and one day she said, “why not?” So she picked up a keyboard and began to write lyrics and melodies. Soon after that she got in touch with Paola, her friend and neighbor from across the street, who has a fantastic musical ear and could write the structures that María didn’t have. Their original connection happened on Tinder, where they were introduced four years ago and where they met again in 2017, when love might not have triumphed, but cariño (affection in Spanish) did.

Then they were only missing the bass. So they spent a few months chasing after Alicia (EL BUEN HIJO), who they had met at a pop party. One night, they grabbed her on La Palma street in Madrid after an EL BUEN HIJO concert, with their earphones in hand to show her the shabby recording of a super sad song they had written that very afternoon. She ended up singing the song, and joined CARIÑO in February 2018.

Our three ladies also were lucky enough to get in touch with Martín Spangle, a good friend, who has a studio in his home and helped them produce and arrange the songs. 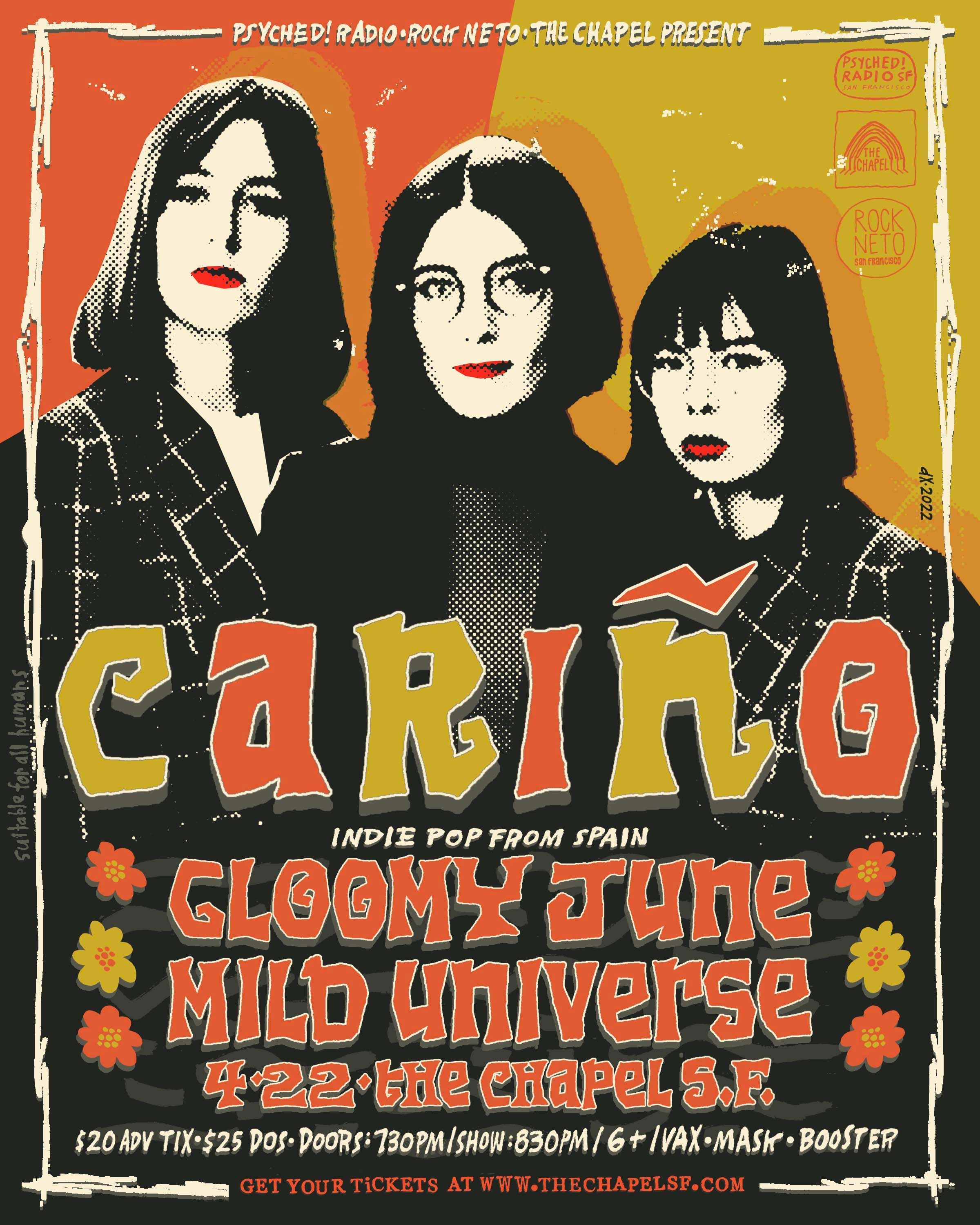