Carmichael’s founding members and primary songwriters are Eric Carmichael and Nick Christie. Hailing from a small suburb in a land-locked world of car dealerships, high school basketball games, and empty lots, Eric and Nick sowed the seeds of what they call the “Marion Sound.” It was fresh yet familiar; steeped in rich and harmonious melody, shimmery spring reverb, stereo classic-rock vibe, some move and some groove, and the occasional dual guitar solo for pomp and flare. When Costin Ritter joined, the pair was gifted the rhythmic stylings of Ringo Starr and Levon Helm, kindly flavored with a pinch of Latin and Bossa Nova when applicable or feeling spicy. With the addition of Jamie Mahan’s country space-rock swirling, soul-exorcizing palm-slides, and Jeff Lynn-like synthesizer super-swells, Carmichael evolved into its purest and finest form. The “Marion Sound” is the sonic medium for the band’s evocative lyrics, which offer a deeper region of examination and reflection for Carmichael’s listeners.

The Sedonas have toured parts of North America playing places such as SXSW 2019, The Masquerade, The Burl, Cubby Bear, Hoosier Dome, Rhythm N’ Blooms Music Festival, The Northside Rock ‘N Roll Festival, The Secret City Festival, Isis Music Hall, Acme Feed & Seed and other nationally recognized venues (opening for well known acts such as Andy Black, The Expendables, The Wrecks, Boy Hits Car, The Aces, Zeal & Ardor, Sun Seeker and more that can be found at thesedonas.com/tour). The Sedonas are playing such other locations this year and next as 1904 Music Hall, The Evening Muse, The Foundry and Ardmore Music Hall. Their upcoming album, “Cave,” will be released this winter. 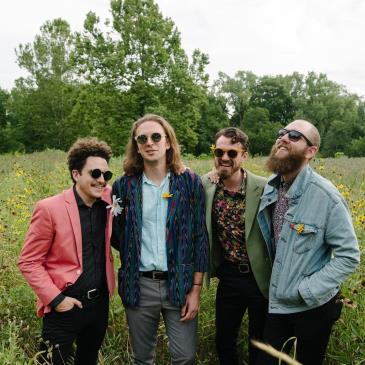