Carver Commodore is an alternative rock band from the modest town of Florence, Alabama.The band is composed of guitarist and vocalist Payton Pruitt, guitarist Phillip Blevins, drummerNoah Freeman, and multi-instrumentalist Clayton Christopher. In contrast to the “swampy,soulful sound” that put their hometown on the map, Carver is known for fusing garage, indie,and pop influences into stadium-worthy rock anthems. Modern alt-giants like Cage the Elephant,Jack White, and The Strokes tend to inform Carver’s guitar-laden hooks, recording aesthetics,and signature sticky songcraft

Founded by Pruitt and Blevins in the fall of 2016, their first single “Stars & Galaxies'' released inApril of 2017 to a modest, yet eager audience. Fast forward to 2021, and “Stars & Galaxies” hasamassed over one million streams on Spotify alone. Part-time drummer Noah Freeman becamea permanent member of the band in late 2017 after several months of touring. In 2018, thegroup cut their debut record Tell Me What You Want at The Smoakstack in Nashville,Tennessee with engineer/producer Brendan St. Gelais. The record hit the market on October25th, 2019, and was celebrated with an Audiotree Live Session in Chicago, Illinois.Just like everyone else, nearly all of their 2020 dates were canceled immediately. Looking tomake the most of their newfound time off, they entered the studio with Brendan St. Gelais tobegin recording their sophomore album. The band released the song “Cancel Culture” alongsidea cover of The Beatles’ “Revolution'' from the sessions on September 4th, 2020, saying that thesongs were too relevant to hold until a later release. Frequent creative collaborator ClaytonChristopher joined the band as a multi-instrumentalist in late 2020. The final recording sessionwrapped in December of 2020 and the band is expected to release the album in late 2021. 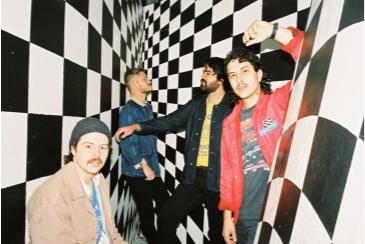