This show is no longer for sale, as Chance McCoy is unable to perform. John Byrne will still be performing from 6:00-8:30 pm at no charge, so please come out and join us for the show, following by the Thursday night football game!

A virtuoso fiddler, guitarist, and banjo player, McCoy is best known as a member of GRAMMY-winning Americana powerhouse Old Crow Medicine Show, but ‘Wander Wide,’ his debut solo album, reveals a remarkable depth and versatility far beyond anything we’ve heard from him yet. Captivating in its cross of the traditional and the progressive, the record shows little regard for the conventional boundaries of genre and decade, blending old-school bluegrass melodies with modern rock and roll arrangements and rich, atmospheric production. McCoy based the album off of a live residency show he put on weekly at The Basement in Nashville, and the studio recordings here tap into the same exuberant energy he brought to the stage every night, complete with dazzling performances that unexpectedly twist and turn, sometimes transitioning from one tune to the next within the same track. 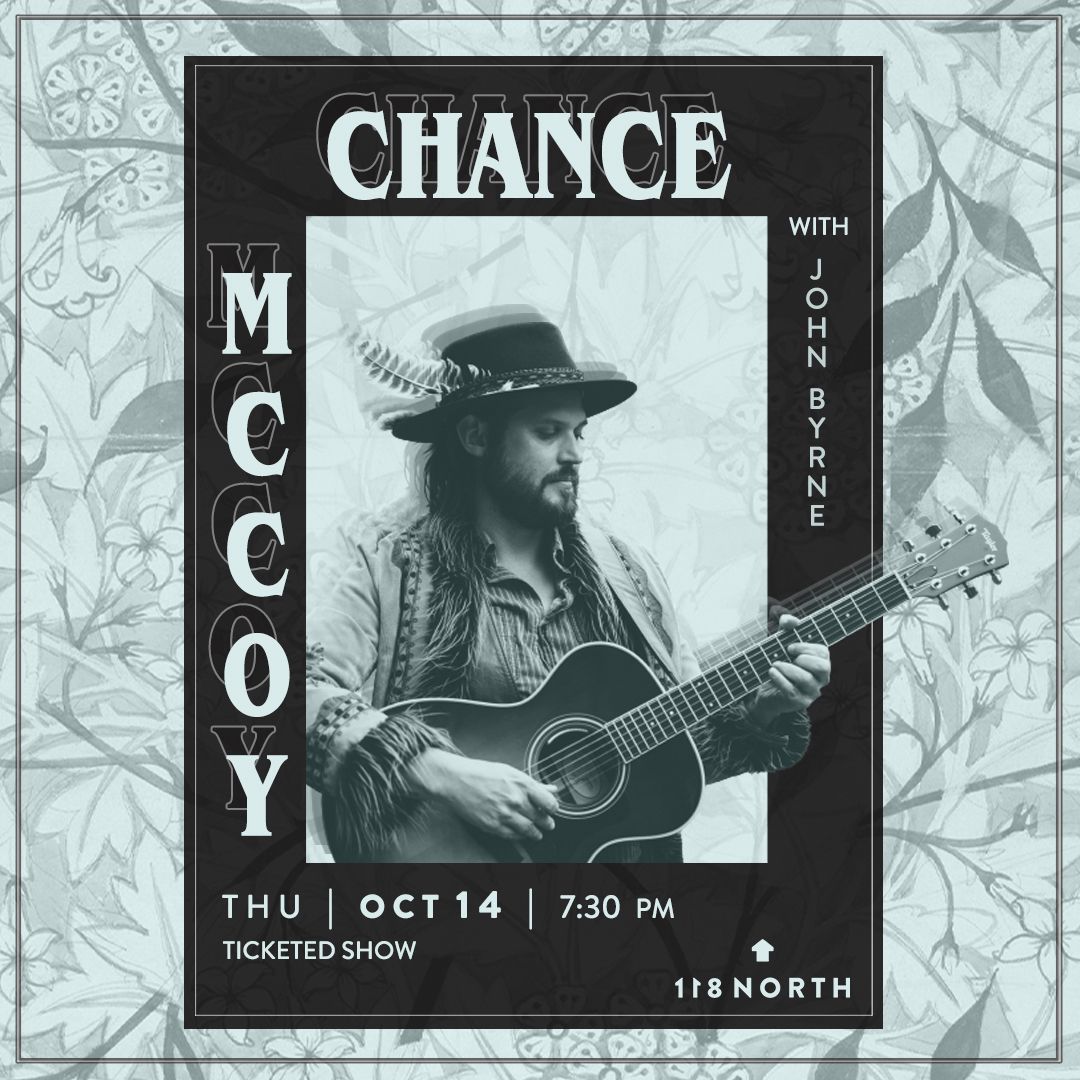