The Chandler Travis Philharmonic at 118 North

Chandler Travis has had a long and checkered career in the world of show biz, beginning in the seventies when he and Steve Shook joined up as Travis Shook and the Club Wow. Besides achieving much popularity on the east coast, the duo brought their peculiar blend of comedy and music all over the U.S. and to the nationwide television audience on such programs as the Tonight Show, the Midnight Special, and Dick Cavett. Along the way, they released an album and appeared on stage with everyone from Bonnie Raitt to Bruce Springsteen to especially good pals NRBQ and George Carlin (with whom they toured for many years) to Elvis Costello to– well, you get the idea. 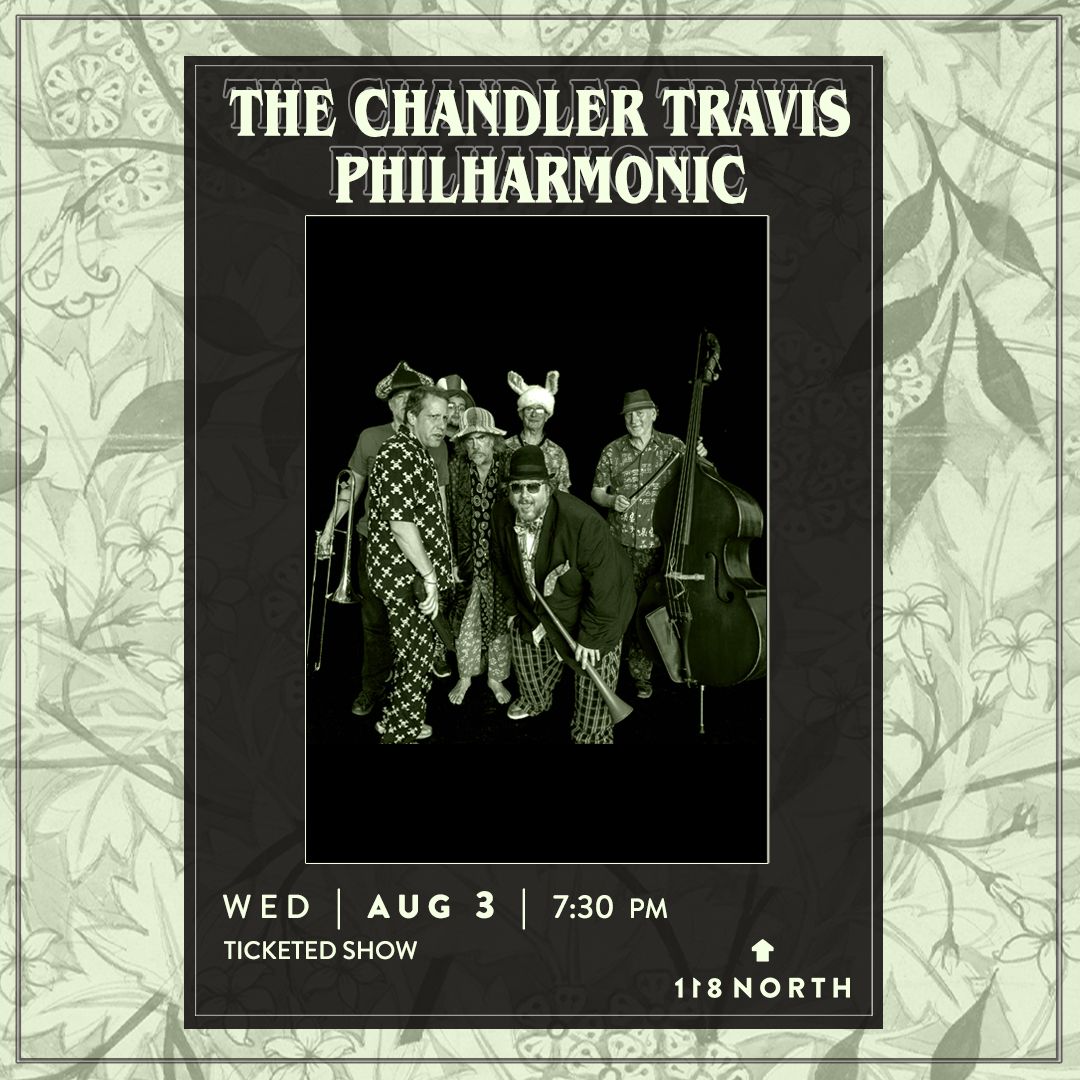