Keith Cozart, professionally known as Chief Keef, is a rapper, producer and designer hailing from the Southside of Chicago. At the ripe age of 16 Keef’s music videos for “I Don’t Like” and “Love Sosa” were met worldwide acclaim putting him at the at the forefront of Chicago’s hip hop subgenre of drill music. The popularity of these videos quickly led to him being signed to a major record deal with Interscope Records making him the youngest artist at that time to ever be signed to the label. After his time at Interscope Keef started his own record label, Glory Boyz Entertainment.

Keef currently has expanded his portfolio to include fashion designer and app designer with his company Digiglo which recently released the Glomoji app.

Keef’s next project “The Dedication” is set to be released Fall 2017, marking the third project he has released in 2017 thus far. 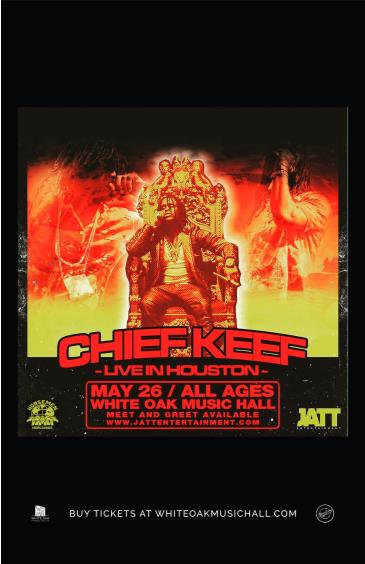