Two shows, one night! Early show will be a live taping of his podcast Beautiful Anonymous, and the late show will be stand up. Don't miss your chance at a night you'll never forget.

Seating is available at a first come, first serve basis.

Chris Gethard is a comedian, actor and author. He's the host of the Beautiful/ Anonymous podcast, which was recently adapted into a 4-part series streaming on Topic, the former host of The Chris Gethard Show, and wrote and starred in the HBO special Career Suicide. He also hosts the podcast New Jersey Is The World, a celebration of his home state. In June 2021, Comedy Dynamics released Chris' new comedy special, Chris Gethard: Half My Life, which is a hybrid tour documentary and stand-up special shot in a variety of DIY spaces and independent venues all over the country in 2019. Chris has been seen on television shows such as Space Force, The Office, Broad City, Parks and Recreation, and Inside Amy Schumer. He’s also been seen in films such as The Other Guys, The Heat, Ghostbusters, Anchorman 2, and was one of the stars of Mike Birbiglia’s Don’t Think Twice. Chris can most recently be seen in the HBO Max documentary Class Action Park. Chris is also the author of the books Weird NY, A Bad Idea I’m About to Do, and Lose Well, and and the founder of Planet Scum, an online comedy venue for the country’s best underground comedians. 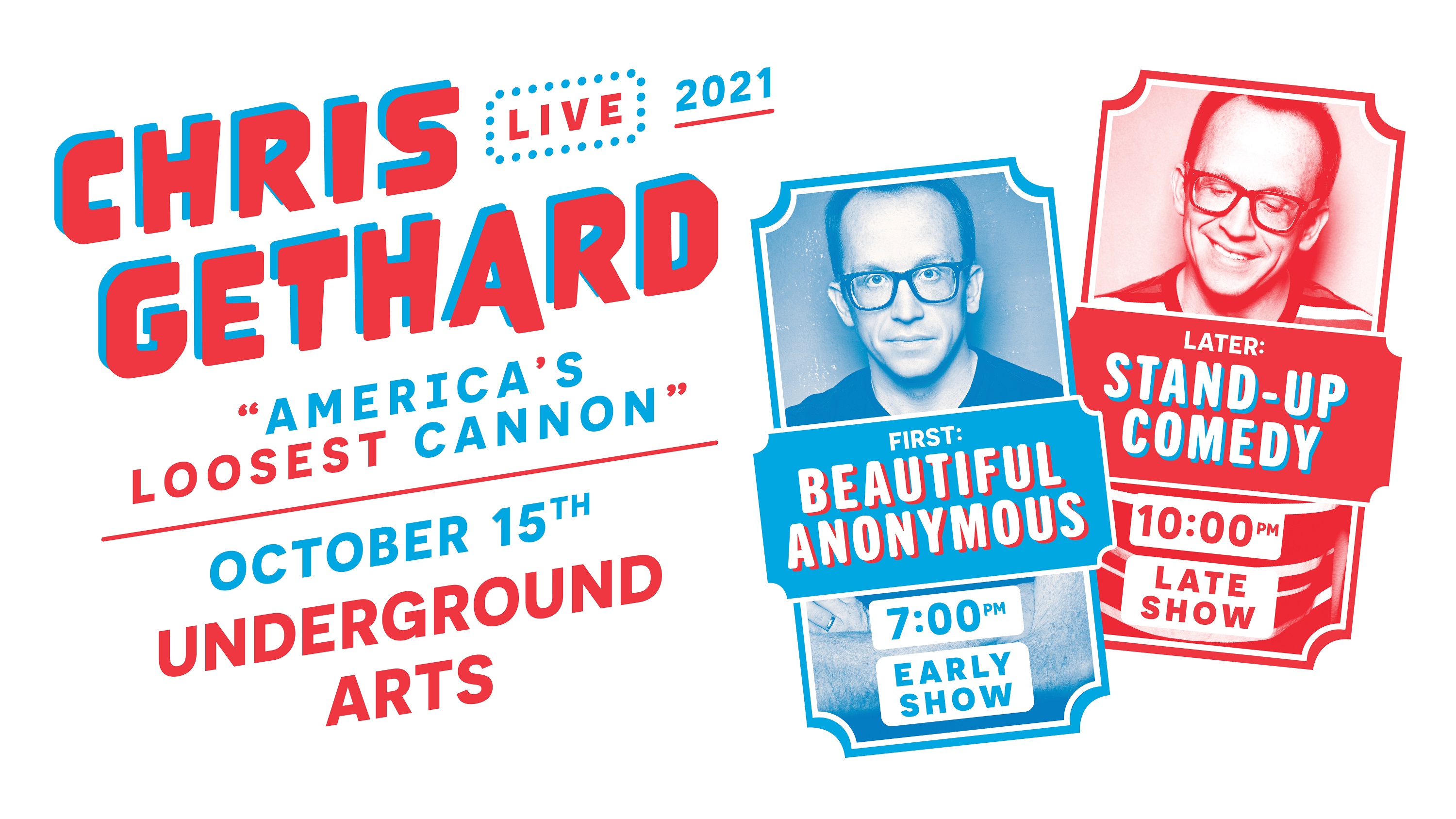