It’s not often that a band comes around like Classless Act who have tempted a new generationof fans and given rock’s faithful a reason to keep believing. Influenced by Queen, Led Zeppelin,The Beatles and Bowie, the L.A.-based five-piece bring a fresh, young take on a golden age ofmusic. They’ve been applauded by bands like Jane’s Addiction, given nods from execs with LiveNation and MTV, and are already finding their footing in major international markets barely ayear after releasing their first single “Give It To Me” in 2021.

With the release of their anticipated debut Welcome To The Show via Better Noise Music onJune 24, the band immediately racked up 2 million streams and got the attention of rock bibles like Loudwire, SPIN, Metal Hammer, and Blabbermouth, the latter who said Classless Act
“stands ready to carve out a legacy of its own.”
While the music tells its own story, so do the members of the band themselves, hailing from allover the globe, including Hawaii, Los Angeles, Argentina, and Dallas. The band, featuring DerekDay (vocals), Dane Pieper (guitar), Griffin Tucker (guitar), Franco Gravante (bass), and ChuckMcKissock (drums), first formed in 2018 when the five former strangers met through friends viasocial media. Their chemistry quickly came to light, the members fusing together anthemicrhythms, shreddy guitars, soaring vocals and clever arrangements that, as one writer astutelysaid, have "...enough energy to power a city."

With personal invites to appear on summer 2022’s highest grossing tour, The Stadium Tour, aswell as the Taylor Hawkins Tribute Concert and Aftershock Festival, Classless Act are giving theindustry whiplash with the constant head turning and are poised to become a next-generationdefining act. 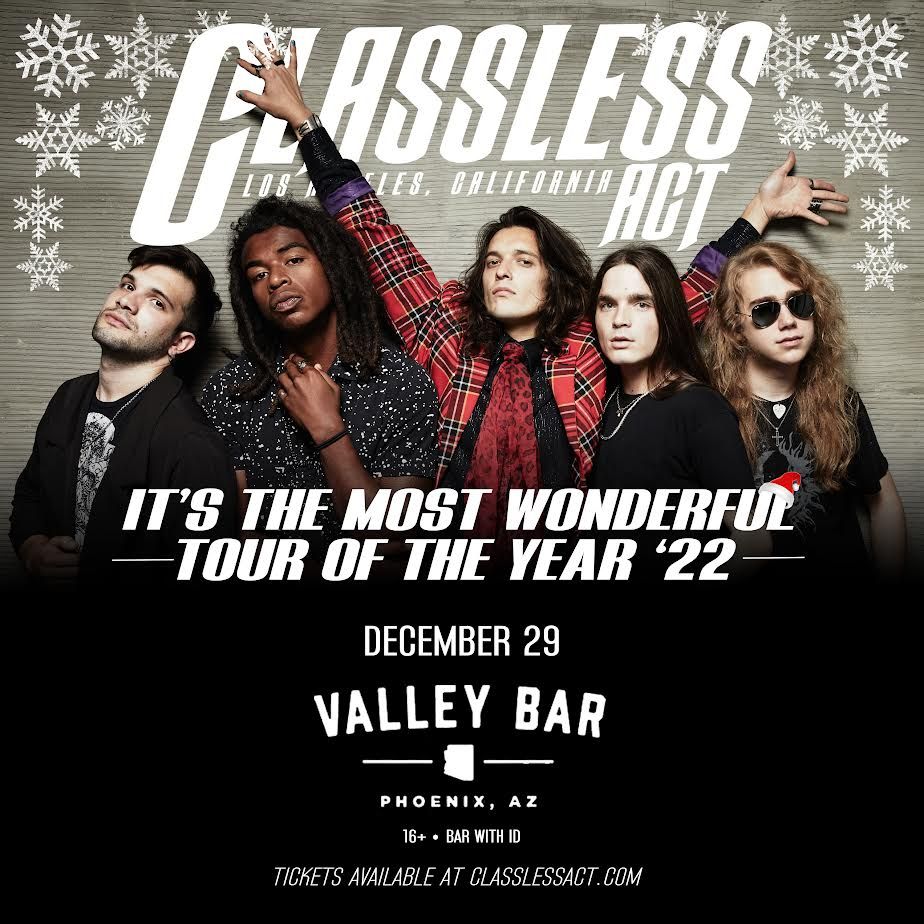