Clinton Kane is one of those people who actually does all of the things the rest of us wish we could do, such as hightail it to Santorini alone with nothing more than a backpack... The Norwegian-Filipino singer, songwriter, and multi-instrumentalist pens pop with “chords that soothe you and lyrics that bite you.” While growing up between Perth, Australia and The UK, the self-taught singer, guitarist, pianist, and drummer ultimately found solace in music. Writing and performing quelled growing anxiety and stress as he went from popular YouTube covers to a prolific series of independent originals. Signing to Columbia Records, Clinton turned heads with his this is what it feels like EP in 2019. To kick off 2020, he lent his voice to Martin Garrix’s smash “Drown” followed by original solo songs “i don’t want to watch the world end with someone else” and “Fix It To Break It.” After amassing more than 240 million global streams and receiving acclaim from NME, Billboard and more, he might just inspire you to live a little louder. With new music led by “remember the mornings” and “Chicken Tendies,” Clinton will release his highly anticipated song “I GUESS I’M IN LOVE” later this month, which has tallied over 93k pre-saves and counting.

“After years of crafting blistering rockarrangements, Flycatcher frontman Gregory Thomas Pease begins to unravel hisinnumerable influences through his solo debut. Drawing from the likes ofAdrianne Lenker, Bon Iver, Ty Segall, and Alex G, Pease invites us to join himon a journey of genreless self expression with each moment scratching a newitch. Catalyzed by worldwide isolation and trepidation, he looked inward insearch of new collaborators only to find himself. Producing and mixingeverything from his childhood bedroom in Long Valley, NJ, Pease explores themesof clarity, melancholy, nostalgia, bitterness, and optimism both lyrically andinstrumentally. With Pease’s delicate falsetto, hypnotic guitar playing, andblustering crescendos we’ve been left with no choice but to lean in and listen.” 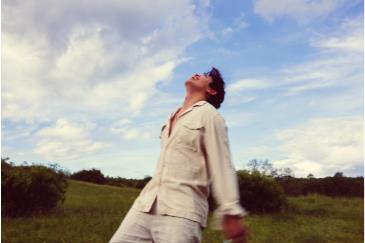