Cold's Indianapolis show at HI-FI has been postponed. We are currently working on a reschedule date.  Hang tight for more information. Please direct any questions to boxoffice@mokbpresents.com. You can follow our ongoing list of affected shows here: http://bit.ly/mokb-hifi-covid19updates

At the turn of the century, the band unveiled the seminal 13 Ways To Bleed On Stage, which went gold and yielded hits such as “Just Got Wicked,” “No One,” and “End of the World.” The 2003 follow-up, Year of the Spider, marked their highest chart position, bowing at #3 on the Billboard Top 200, receiving a gold certification, and spawning the smash “Stupid Girl” accompanied by Rivers Cuomo of Weezer. 2005’s A Different Kind of Pain illuminated melodic strides to the tune of 37,000-plus copies sold first-week and a Top 30 debut. Meanwhile, 2011’s Superfiction continued this streak, crashing the Top 10 of the Top Rock Albums Chart upon arrival and extending a growing legacy. 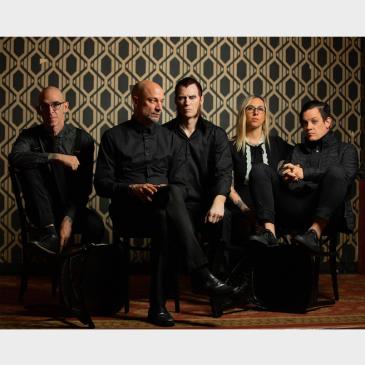