Born in Slovakia, Nikoleta Frajkorova’s love for music blossomed at an early age, and by her mid-teens, the appetite for the electronic genre was prioritised above everything else.
Her success in Slovakia garnered attention from Miami native Markus Schulz and in 2014 Nifra joined the ranks of Schulz Music Group - opening doors for her to connect and entertain audiences in North America for the first time. Her performances at Transmission in Bratislava, A state of Trance in Den Bosch, Space in Miami or Club Avalon in Los Angeles projected her as one of the leading female figures representing the dance music scene.

Currently one of the most prolific and consistent Trance artists to emerge from Spain, DIM3NSION’s fifteen-year journey has seen him transition from bedroom producer to big label regular who counts the likes of Ferry Corsten, Paul Van Dyk, Tiësto and Armin van Buuren as fans. With his 2015 track ‘Origami’ having spent just under a week at the #1 spot, and 4 weeks in the top 10 of Beatport’s Trance chart, and releasing on labels such as Flashover, Armada, Vandit and more, DIM3NSION’s profile is only set to grow.

At a time where electronic dance music has become more widespread and versatile than ever before, it comes as no surprise that Jochen Miller continues to deliver an impressive array of original productions and remixes. In 2014 he signed an exclusive deal with Armada Music and released successful tracks that were highly supported by some of the biggest names in the scene. Tracks such as ‘Cubic’, ‘Bad Rule’, ‘Let Love Go’ and ‘We Back’ could all be found in the beatport charts as well. Aside from his own studio productions, he also collaborated with Disfunktion and dropped "The Sound of Trice" a mix compilation for Armada Music. 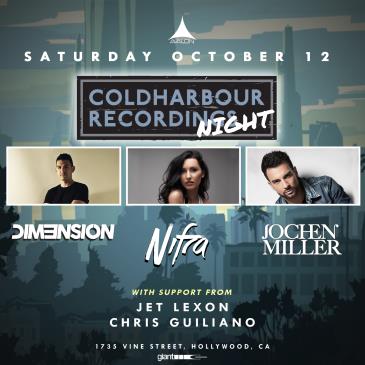