Super8 & Tab embody the power and passion of trance, proving time and again that they’re scene leaders who are taking the sound into the future. The Finnish duo helped kick-start the ‘Hybrid Trance’ revolution with their ground-breaking debut ‘Helsinki Scorchin’ in 2006. Nearly 15 years into the game, and that same trailblazing spirit continues to fuel their work.


In 2017, HALIENE won Armin van Buuren’s prestigious “Tune of the Year” title for her international hit “Saving Light” (with Gareth Emery + Standerwick). She has followed up her recording success with tours in China and Southeast Asia, the UK, US, and in Canada as well as live performances at ASOT Amsterdam Dance Event and EDC Las Vegas. HALIENE has quickly become one of EDM’s most sought-after live vocalists. Her debut solo single, “Dream In Color” was the first-ever female-only solo release on DJ Mag’s best breakthrough label, Monstercat. The single has already broken a million streams across all platforms.


Romanian stunner Adina Butar has been catapulted into the EDM spotlight since recently joining Schulz Music Group (SMG) as their first female vocalist/ songwriter. Markus Schulz first introduced Adina to the world at A State of Trance 550 in Den Bosch and this became the start of her exciting career with SMG. 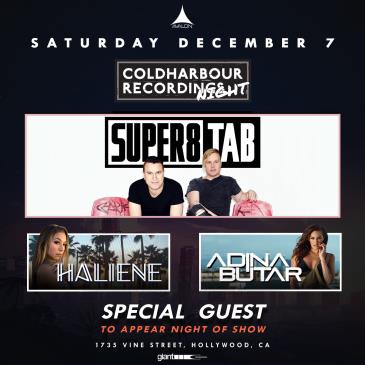