Come Together: A Tribute Down The Beatles Abbey Road

Come Together: A Tribute Down The Beatles Abbey Road at Underground Arts

About Come Together: A Tribute Down The Beatles Abbey Road

One song from every Beatles album and then Abbey Road in its entirety! “Yes” was the swift reply from the enthusiastic “Beatle-freak,” Andrew Napoli (essie + nap, Looseleaf), when asked to organize a tribute to Abbey Road for its 50th Anniversary in 2019. The response was automatic after several successful productions
of other beloved albums including The Beatles (“White Album”), Rubber Soul, Revolver,
and an epic tribute to Sgt. Pepper’s Lonely Hearts Club Band in 2017 which featured a
sitar, horn section, and string quartet.

Andrew knows how special Abbey Road was and is to so many people as one of the
Beatles’ best albums never to have been performed live by the Fab Four.
So Napoli assembled some of Philly’s best musicians to help bring the music to life.

Napoli himself would play the McCartney bass lines but looked to the expertise of
Andrew Lipke to help carry the show with soaring vocals and electrifying guitar. Lipke, a
South African born, multi-instrumentalist and composer, is active in many different
styles has performed across the country, most notably with Amos Lee, and the Led
Zeppelin tribute, Get the Led Out. Singer-songwriter Essie Riddle, joins the production
on lead and backing vocals, parlaying her bluesy, soulful range into classics like “Oh
Darlin’.” Riddle is a West Virginia native who studied opera at Westminster Choir
College and enjoys merging her classical training with rock and blues sounds. The band
also features the talents of drummer Ryan Lutz (Looseleaf), keyboardist Grace Quackenboss, and guitarist Rory Geoghegan (Secret American).

Featuring special guests for each performance, this show is energetic and fun for all ages. The Beatles’ universal message of love is ever apparent in Abbey Road and this production will leave you feeling inspired and hopeful to take a sad song and make it better. 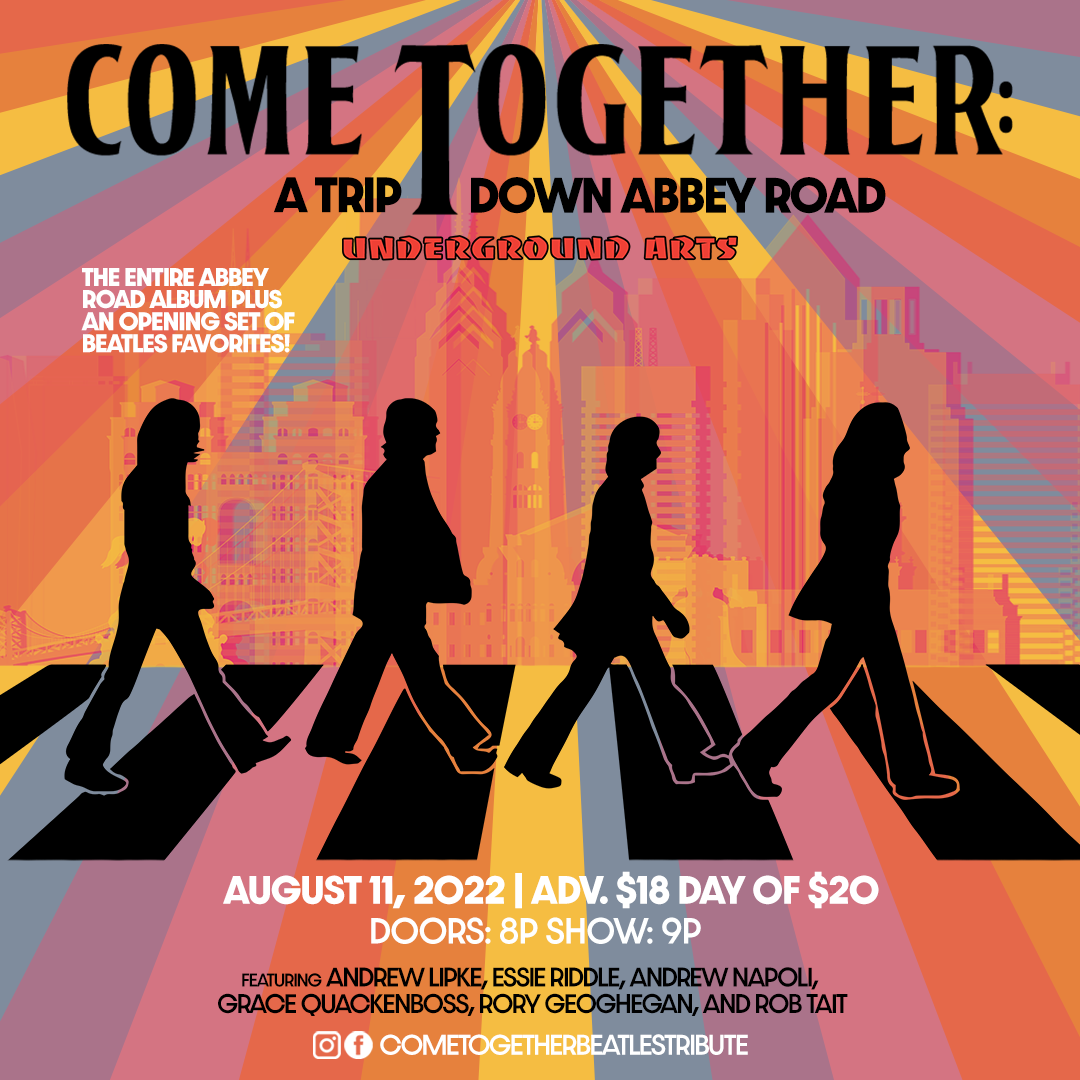 Come Together: A Tribute Down The Beatles Abbey Road