Comedians You Should Know LA

The Comedy Store - Los Angeles at The Belly Room

Processing...
Tickets
Sold out! There will be a stand by line at the door, first come first serve.

Belly Room
21+ with a 2 drink min/ person
Lineups are subject to change
The resale of our tickets through 3rd party sites is strictly prohibited. The ID of the person checking in must match the name at will call or you will not be allowed in and the buyer is responsible for getting a refund from the 3rd party site. If you are caught reselling tickets you will be banned from the club.

Comedians You Should Know L.A blends the best of mainstream AND alternative comedy in one amazing showcase since 2015
Comedians You Should Know L.A. is the west coast branch of Comedians You Should Know, the nation’s premiere stand up comedy showcase since 2008.
Starting in Chicago, CYSK quickly gained praise from critics, fans and comedians alike for its unwavering commitment to presenting only the funniest comedians from both the alt and mainstream comedy scenes.
CYSK has since expanded their weekly showcase to both Los Angeles and New York City, making it the sole comedian-produced, stand-up comedy showcase to be featured in the three biggest cities in the country. Each show features a DIFFERENT LINE-UP every week which makes it a must-see event again and again!
In the four years Comedians You Should Know L.A. has been operating ave included Sarah Silverman, Kyle Kinane, Hannibal Buress, Kevin Nealon, Rory Scovel, Chris Redd, Pete Davidson, Tiffany Haddish, Dana Carvey, Craig Robinson, and Adam Sandler, to name a few!
Line up: Thus far
Eric Spera
Zack Brazao
Billy Bonnell
Stehpen Agyei
Yemi Afolabi
Ryan Dalton
Aaron Weaver
Fabizio Copano Vera
Ticket Price: $10 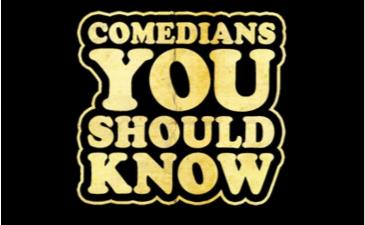