Join one of hip hop’s hottest producers London On Da Track at CONTROL at AVALON Hollywood this Friday October 27 for a night you won’t want to miss. The Atlanta hip hop mastermind is set to deliver an unforgettable set at his No Flag tour stop, filled with a plethora of noteworthy collaborations featuring the likes of Young Thug, 21 Savage, Drake, Gucci Mane and more.

Back in 2013, Complex included London On Da Track in their 2013 list of “25 Producers To Look Out For” before Birdman called him “the best producer in the business” the following year. The super producer has scored number of Billboard Hot 100 singles including “Lifestyle” charting at number 16, “About The Money” at 42 and “Hookah” at 85. After working with Jeremih, Ty Dolla $ign, YG and more, there’s no denying that London On Da Track is a key beat maker for some of the biggest names in hip hop. His most recent release “No Flag” features Nicki Minaj, Offset and 21 Savage and is out on RCA Records.

Don’t miss out on a night of chart topping hip hop produced by London On Da Track this Friday October 27 at AVALON in Hollywood.

PIONEER STAGE PRESENTED BY "NO INVITE" (in abc) 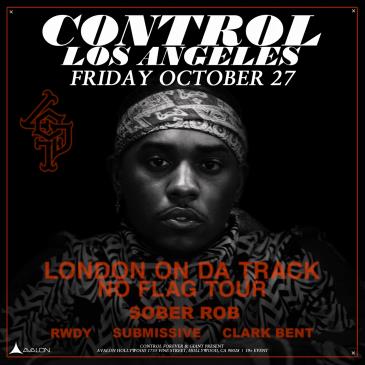