Coup Deville, For Wizards Only, Caught In The Headlights

Coup Deville is a 5 piece band based out of orange county. Originally started out as a four piece named ‘Mountgomery’. But since has added and changed members with only James and Paul being the original members. The group has several influences from the old souls of the great classics from motown to that of Americana rock like the likes of CCR. Led by James Rivers who was originally more of a solo act and has now transitioned into what Coup DeVille has become. Coup DeVille is in currently in the works of releasing their first album. But if you like Alabama Shakes and Black keys you’ll want to give Coup DeVille a try.

Jane Honor is a 21-year-old singer/songwriter born and raised in New York City. When she was 18, she moved to Los Angeles to pursue a music career and study music industry and songwriting at USC Thornton School of Music.

She has been singing and writing music since she was 8 years old, and has performed at various venues including: The Berklee Performance Center at Berklee College of Music, Ashford and Simpson’s Sugarbar, Prohibition, and the world famous Apollo Theater.

Honor writes all of her songs herself, and her first album was produced by Jed Elliott of The Struts. The leading single from that album, "There Won't Be Any Music" has surpassed 100,000 streams on Spotify. Honor spent the summer of 2022 in London touring, and recorded one of her songs live at Abbey Road Studios. She is currently working on her second album, set to release in 2023.

Her music consists of genres such as Pop, R&B, and Folk music; gaining influence from artists like Fleetwood Mac and Regina Spektor. 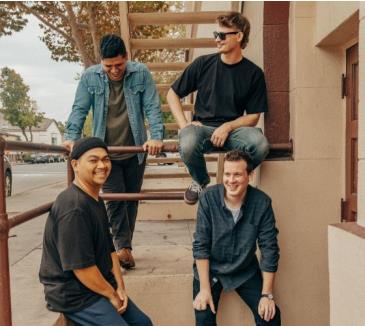 Coup Deville / Caught In The Headlights / For Wizards Only