Troubadour & Netflix Is A Joke Present:

facebookFunnyman actor/comedian Craig Robinson(The Office/Brooklyn 99) introduced his band, The Nasty Delicious, in 2007. The nine piece crew have been electrifying audiences around the globe with their powerful fusion of Chicago-House, funk, hip hop and R & B, all topped off with Craig’s soulful voice, edgy humor, and improved crowd participation. 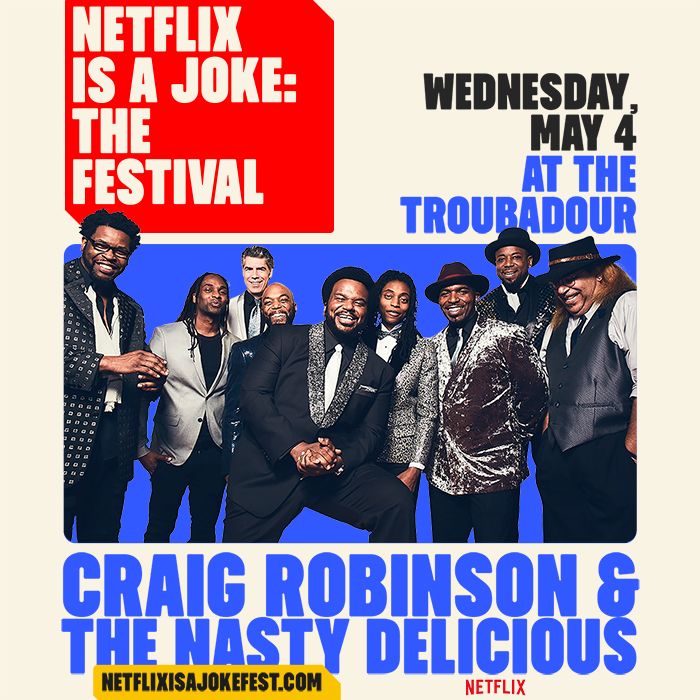