Cro-Mags with Y-Di, Battallion Zośka & Without Peace at Underground Arts

The history of the Cro-Mags is integral to the history of Hardcore, its evolution from punk and the development of alternative music genres such as hardcore, cross-over, thrash metal, post-punk and grunge to name a few. Numerous iconic bands from Metallica to Green Day, and individuals such as Dave Grohl have credited Cro-Mags with having had a primal influence on their development.

Born out of the violence and depravity of the Lower East Side of New York in the late 70s and early 80s, the Cro-Mags was the brainchild of a very young Harley Flanagan (at the time 14 years old) when still playing with the Stimulators. By 1982/83 he wrote and recorded the very first Cro-Mags demos consisting of 4 songs that would become the blueprint for the seminal 1986 “Age of Quarrel.” He wrote all of the music, played each instrument and sang. Before long he connected with Parris Mayhew and the two started writing music and auditioning band members. After several line-ups, 5 studio albums (beyond the original demos) and 30 + years of tours around the world, Cro-Mags remains one of the most iconic hardcore bands with arguably the greatest reach beyond the genre. 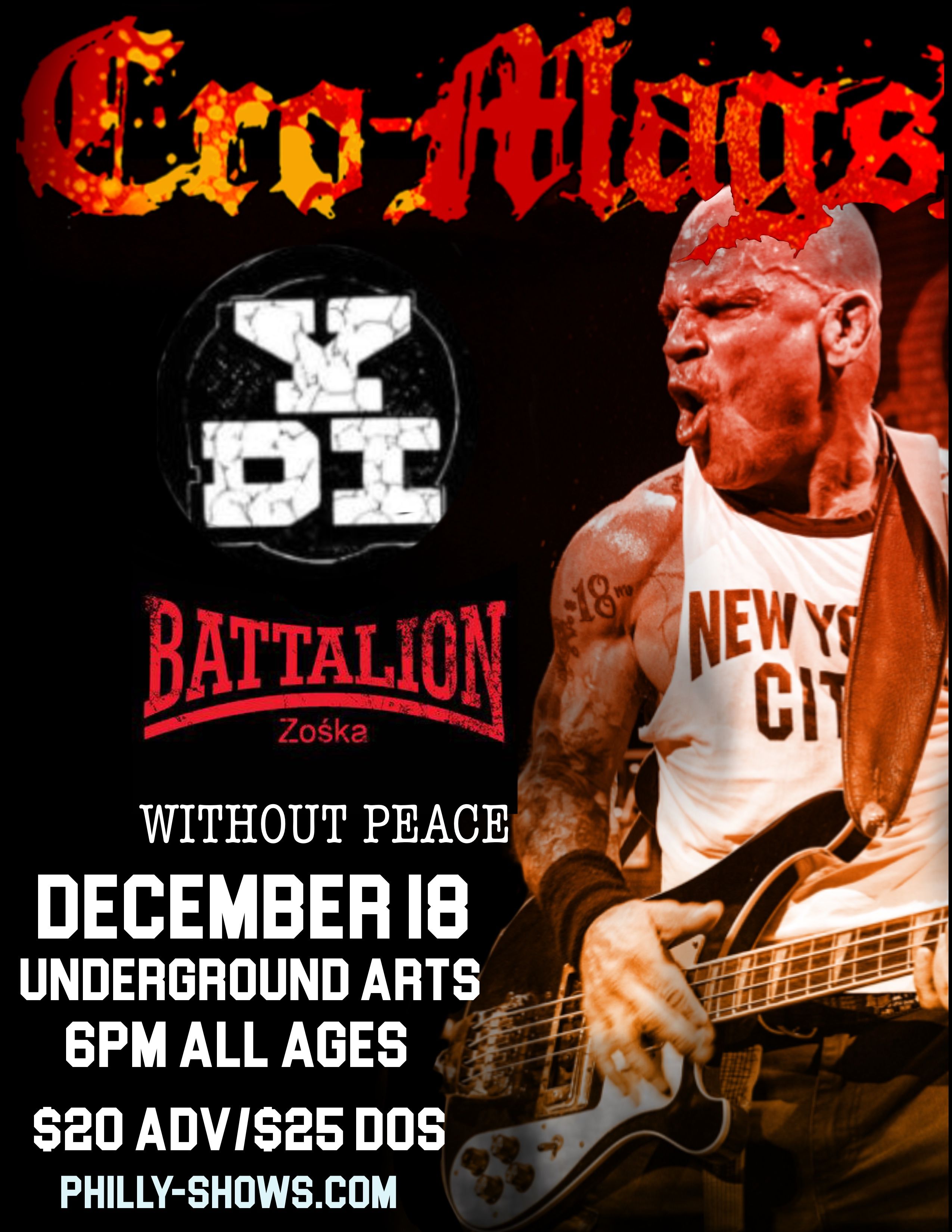