﻿Growing up, Curtis Harding's mother used to tell him, "Give me my flowers while I'm still here." It was a phrase that stuck with the talented singer and multi-instrumentalist through the years, a reminder to show his love and appreciation for the people he cared about before it was too late.

"That's what this album is," Harding reflects. "It's me giving my flowers to the world, to anybody who needs to hear what these songs have to say right now."

Written and recorded over the past two tumultuous years, If Words Were Flowers is indeed a vibrant, intoxicating bouquet, one as diverse as it is dazzling. Drawing on vintage soul, R&B, hip-hop, garage rock, and psychedelia, the songs here are raw and gritty, fueled by airtight grooves, punchy horns, and adventurous production from Harding and frequent collaborator Sam Cohen (Kevin Morby, Benjamin Booker). There's a clear through line on the album from Harding's 2017 breakout, Face Your Fear, but there's obvious evolution as well, a boldness that revels in risk-taking and sonic exploration. The result is a pointed, timely album that feels experimental and classic all at once, a moving, generous collection all about love, resilience, and reconciliation from an artist who values the beauty and the power of human connection above all else.

"I want this music to help people understand that they're not alone," Harding explains. "We're all going through the same thing right now on some level, and I hope these songs can bring a little bit of comfort and peace."

Harding's been finding (searching for?) comfort and peace in music as far back as he can remember. Born in Saginaw, Michigan to a mechanical engineer and a gospel singer, Harding spent much of his formative years on the move, bouncing between north and south until his family ultimately landed in Atlanta. He learned to sing and play drums in church with his mother, who introduced him to the likes of Mahalia Jackson and Mavis Staples, but it was his sister's collection of hip-hop tapes that would push him towards a career in music and inspire him to begin writing and rapping. With the Atlanta scene exploding onto the national stage at the time, Harding picked up work promoting artists on the legendary LaFace label and he soon found himself in the studio and on the road as a backup vocalist with some of the city's biggest stars.

"That was when I realized I didn't have to choose between being a rapper and being a singer," says Harding. "I started teaching myself guitar and working with more live instrumentation and figuring out how to incorporate everything I grew up on into what I was doing."

Harding recorded his 2014 debut, Soul Power, with little in the way of expectations, but the album managed to generate real heat, particularly in Europe, where Uncut praised it as "a confident take on sleek, horn-powered...soul with a hint of garage muscle" and Mojo dubbed it "something altogether special." Three years later, Harding broke out Stateside with Face Your Fear, which stretched his sound to exhilarating new heights. Helmed by Cohen and super producer Danger Mouse, the record earned Harding dates with everyone from Jack White to Lenny Kravitz, landed him festival slots at Newport Folk, Lollapalooza, and Austin City Limits, and racked up nearly 60 million streams on Spotify alone. NPR declared the record one of the year's best R&B releases, calling Harding a "gifted, gospel-bred shouter and deep digger in the Curtis Mayfield/Stevie Wonder crates," while Complex hailed the music as "vintage, classic soul music" with "psychedelic splashes and a touch of garage rock fuzz," and New York Magazine raved that "with a scorching voice like his, the funk is eternal."

After touring extensively behind Face Your Fear, Harding began writing again in 2019, splitting his time between Atlanta and Los Angeles as he collected song ideas and rough demo recordings for his third record. Just when he thought he was finished, though, the COVID-19 pandemic arrived to change everything.

"That was a really intense time for everybody," says Harding. "People were trapped inside for months on end, they were losing family members and dealing with all this fear and anxiety, and on top of that you had these growing social and political movements exploding out into the streets. For me, that was really when the album started to take shape conceptually."

With the world on fire and the music industry on hold, Harding headed back to the drawing board. Some songs took on new meaning in light of current events, while others invited Harding to revisit and refine them. He wrote several more tracks for the collection and though none were particularly explicit in their references to 2020 and its all-encompassing turmoil, it's impossible not to hear the influence bubbling beneath the surface.

"Nina Simone said that it's an artist's job to reflect the times," Harding explains. "I think it's important to live in the moment. If you do that and you're honest and vulnerable, you can reach the people that need to be reached."

That honesty and vulnerability is front and center on If Words Were Flowers, which opens with the arresting title track. "If words were flowers / I'd give them all to you," Harding sings with a boost from a larger than life backing choir. "They carry power / So proud and beautiful." Like much of the record, it's a song rooted in love, though not necessarily romance. Certainly, Harding spends time contemplating intimate relationships on the album (the addictive "Can't Hide It" celebrates certainty and commitment, while the tender "With You" examines the ways in which companionship can turn your whole world around, and the trippy "Explore" dives headfirst into a sea of new experiences with a partner), but more often he sings about the broader ties that bind us as brothers and sisters. The earnest "I Won't Let You Down" pledges unconditional support; the hip-hop flavored "Hopeful" rallies us to stand strong and keep moving forward together; and tracks like the urgent "Where Is The Love" and hushed "It's A Wonder" search for common ground and meaning in a world that can seem devoid of empathy at times.

"There are days when it feels like people just don't care," says Harding. "You wonder how they can see everything going on around them and not feel something, but all you can do is meet them face to face and try to connect. All you can do is give them your flowers."

Curtis Harding has faced his fear; now he's ready to share his love. 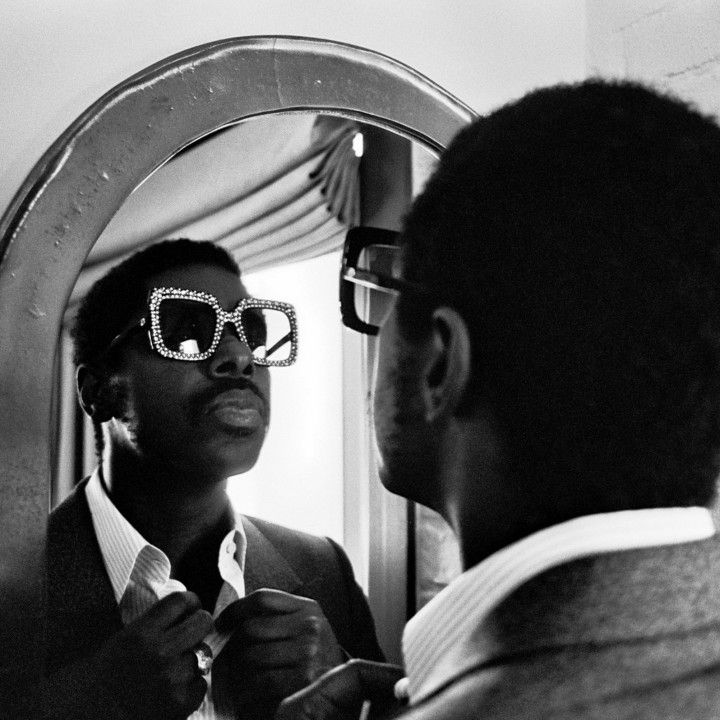