Live stream tickets and on-demand are available at https://highdivegville.veeps.com/

When people first meet Daniel Donato, they’re not fully braced for this walking tornado of creative energy. “They think there’s something that tips the scale in ways they don’t understand,” says Donato about his over-the-top, slightly manic vibe. “But what actually tips the scale is the amount of thought and analysis I put into my work and art, all of which is taken from the lessons of my life.

Incubated to the sounds of the Dead, educated by some of Nashville’s finest players, and having more than 2,000 shows under his belt and a social media presence, Daniel Donato is indeed a millennial whirligig of creative fire. He’s been dabbling in professional music since the age of 14 and yet he’s just getting started. A Young Man’s Country is the portrait of a restless artist as a young man, one whose story is singular and is still in its exciting, early chapters -- and as this effort shows, the future is indeed cosmic. 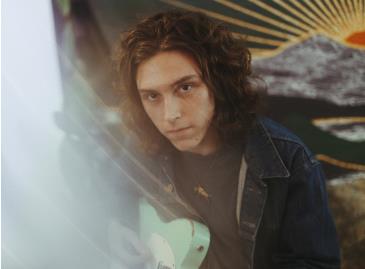