Dar Williams’ lyrics contain bouquets of optimism, delivered on melodies alternating between beguiling lightness and understated gravity. Williams strongly believes that all of us possess our own power and ability to achieve, and she rejects the exceptionalism that encourages us to “admire that yonder star,” while making us feel small and insignificant; unworthy of shining on our own but hoping to catch enough distant light to inspire some tiny accomplishment. Williams has always been very interested in how to control our future and this album has to do with the fact that at some point, you just can’t.

Like everyone else, Williams spent 2020 in that state of non-control. She and longtime producer Stewart Lerman tracked most of the album, her 12th studio recording, in November of 2019. In late February of 2020, she cut the title tune in Woodstock with bassist Gail Ann Dorsey and Larry Campbell, who produced the track and played guitars, pedal steel and twangy baritone guitar. When told they had to postpone a mid-March mixing date, Campbell said he wasn’t feeling well anyway. Turns out he’d contracted a serious case of COVID-19. That was a clear sign that at some point, you have to meet life where it meets you …the common thread throughout that these songs, the willingness to meet life as it arrives.

Dar Williams was always in the right place at the right time for the success she’s had over a 25+-year career. She rose out of the vibrant mid-90’s Boston scene, inspired by the eclectic influences of alt-rockers, Berklee jazz musicians, slam poets, and folk artists, like Patty Griffith, Melissa Ferrick, the Throwing Muses, Vance Gilbert, and Jonatha Brooke. After a year of touring non-stop with her first album, The Honesty Room, in 1994, she was invited by Joan Baez to tour in Europe and The United States.

“Good and bad things happen, and it’s not necessarily a reward or indictment. I’ve just got to meet it.” Williams observes. “Like, I’m bringing my whole life to this moment; it will surprise me, challenge me, show me where I was wrong, even make a fool out of me, but my job is to show up and not take adversity personally. Real happiness doesn't have to feel like Snoopy dancing with Woodstock; it can just be knowing you have the resilience to meet whatever comes to you. I will call that a good life.”

Sophie B. Hawkins burst onto the international music scene with her 1992 platinum-selling debut album, Tongues and Tails, which included the indelible hit song Damn, I Wish I Was Your Lover, and earned her a Best New Artist Grammy nomination.

The last three decades have brought multiple awards, sold out concerts, appearances on film and television, performances with some of the best known names in the business, a documentary feature, a critically-lauded tour-de-force performance as Janis Joplin in the nationally-touring play Room 105, songs appearing in hit films and TV shows, and five more albums, including Whaler, which featured the record-breaking longest-running single in Billboard Adult Contemporary chart history, the Number One hit, As I Lay Me Down. Much more than just a singer, Sophie writes all of her own songs, is a multi-instrumentalist, and has been fully involved in every aspect of the production of her records herself, from background vocals and playing her own instruments, to engineering and production of her albums.  She has proved an enduring artist with a fierce commitment to artistic integrity while both constantly evolving, and remaining steadfastly true to her own authentic history and experience which connects her to her fans at the very deepest levels.

Due to Vermont’s high vaccination rate and significantly declining local hospitalization rates, we will no longer be requiring proof of vaccination or masks for events at the Double E Performance Center unless specifically requested by the artist. This change will take effect immediately today, March 28 and will apply to performances in both the T Rex Theater and the Double E Lounge.

Please continue to keep an eye out for updates on any protocol changes in the future.

As always, please feel free to contact us at info@doubleevermont.com with any questions or concerns.

We will continue to follow state guidelines to ensure the utmost safety of our patrons, staff, community, and all those who plan on attending the Double E Performance Center. 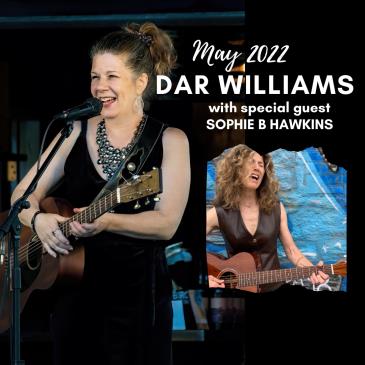