Multi-Instrumentalist and Singer-Songwriter Darrell Scott mines and cultivates the everyday moment, taking the rote, menial, mundane, and allowing it to be surreal, ever poignant, and candidly honest, lilting, blooming, and resonating.  The words he fosters allow us to make sense of the world, what is at stake here, and our place in it. And ultimately, Darrell knows the sole truth of life is that love is all that matters, that we don’t always get it right, but that’s the instinctive and requisite circuitous allure of things, why we forever chase it, and why it is held sacred.

Darrell Scott comes from a musical family with a father who had him smitten with guitars by the age of 4, alongside a brother who played Jerry Reed style as well.  From there, things only ramped up with literature and poetry endeavors while a student at Tufts University, along with playing his way through life.  This would never change.

After recently touring with Robert Plant and the Zac Brown Band (2 years with each), and producing albums for Malcolm Holcomb and Guy Clark and being named “songwriter of the year” for both ASCAP and NSAI, these days ﬁnd him roaming his Tennessee wilderness acreage hiking along the small river, creating delicious meals with food raised on his property and playing music.  He often leads songwriting workshops to help people tell their own truths with their stories, and is as busy as always writing, producing, performing, and just plain fully immersing himself in life.

Robbie Fulks is a singer, recording artist, instrumentalist, composer, and songwriter. His most recent release, 2017’s Upland Stories, earned year’s-best recognition from NPR and Rolling Stone among many others, as well as two Grammy® nominations, for folk album and American roots song (“Alabama At Night”).

Fulks was born in York, Pennsylvania, and grew up in a half-dozen small towns in southeast Pennsylvania, the North Carolina Piedmont, and the Blue Ridge area of Virginia. He learned guitar from his dad, banjo from Earl Scruggs and John Hartford records, and fiddle (long since laid down in disgrace) on his own. He attended Columbia College in New York City in 1980 and dropped out in 1982 to focus on the Greenwich Village songwriter scene and other ill-advised pursuits.

In 1983 he moved to Chicago and joined Greg Cahill’s Special Consensus Bluegrass Band. He taught music at Old Town School of Folk Music from 1984 to 1996, and worked as a staff songwriter on Music Row in Nashville from 1993 to 1998. His early solo work — Country Love Songs (1996) and South Mouth (1997) — helped define the “alternative country” movement of the 1990s. His music from the last several years hews mainly to acoustic instrumentation; it returns him in part to his earlier bluegrass days, and extends the boundaries of that tradition with old-time rambles and sparely orchestrated reflections on love, the slings of time, and the troubles of common people.

NOTICE REGARDING COVID-19:  As of March 10th, 2022, patrons will no longer be asked to provide proof of vaccination to attend concerts at The Hamilton Live. We reserve the right to make amendments to this policy at any time as conditions change and as government and health officials advise to preserve the safety of our artists, guests, and staff. We are grateful to our fans for the efforts they’ve made to help us keep our concerts safe during this pandemic. If you have any questions about this policy or your ticket order, please reach out to us at tickets@thehamiltondc.com 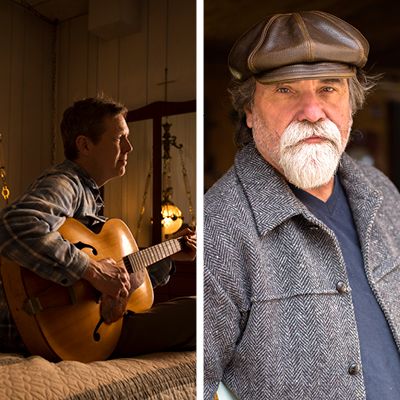