Purchase the VIP Meet & Greet add-on for your chance to meet and visit with David! David will sign your items and pose with you for a photo! At this time, he will not be accepting gifts and is asking for masks to be worn. Thank you for your cooperation! The M&G ticket must be purchased in addition to a seat. M&G add-on tickets can be found in the Standing Room section of the seating chart.

David Cook (and yes, the same David Cook who launched into stardom following his American Idol Season Seven win – breaking several Billboard chart records when 14 of his songs debuted on the Hot Digital Songs chart and 11 of his songs debuted on the Hot 100) certainly knows his way around a good song. His first album, Analog Heart, came out pre-Idol, and his last album, Digital Vein, nicely book-ended that chapter of Cook’s career, a chapter during which he sold more than 2 million albums (including his platinum-certified eponymous album) and, collectively, more than 5 million tracks (including two platinum-certified singles) worldwide. 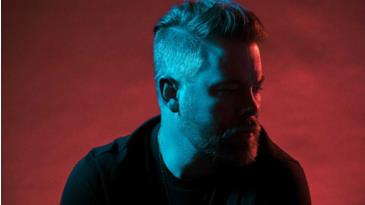