VIP PACKAGE: Purchase the VIP M&G package for your chance to meet and visit with David! VIP tickets are select seats in the first three rows. David will sign your items and pose with you for a photo! At this time, he will not be accepting gifts and is asking for masks to be worn. Thank you for your cooperation!

David Cook (and yes, the same David Cook who launched into stardom following his American Idol Season Seven win – breaking several Billboard chart records when 14 of his songs debuted on the Hot Digital Songs chart and 11 of his songs debuted on the Hot 100)certainly knows his way around a good song. His first album, Analog Heart, came out pre-Idol, and his last album, Digital Vein, nicely book-ended that chapter of Cook's career, a chapter during which he sold more than 2 million albums (including his platinum-certified eponymous album) and, collectively, more than 5 million tracks (including two platinum-certified singles) worldwide.

David continues to find success, not only for himself, but also as a writer for other artists and touring throughout the world.  2018 brought an exciting new EP from Cook– Chromance. "I was a 'rock' guy, but the further away I've gotten from that, the more I've opened up and found inspiration in the peripherals. I wouldn't have had the courage earlier in my career, but now I have the confidence to go after the sound I want."  A fan of both Massive Attack and Nine Inch Nails, Cook always admired how they pushed the envelope and brought pop elements into rock music. "I used them as a bedrock for Chromance and how I wanted the record to feel."

If putting out his 2018 EP wasn't enough to keep Cook busy, that same year he headed to the Great White Way for his Broadway debut as Charlie Price in KINKY BOOTS. "I've had conversations about finding creative outlets outside of being a musician, but the timing was never right." While Cook was excited about his first starring role, he was also aware the message behind KINKY BOOTS was timely and relevant. "I was honored to be part of the show and get to work with so many amazing people. I love the collaborative aspect of theatre too, the idea of being part of a creative team and working it out in front of an audience each night."

Another passion of Cook's is his work in behalf of organizations such as the National Brain Tumor Society, a Washington DC-based nonprofit that drives cutting-edge research and treatments for brain cancer and brain tumors. "I've been very involved with this cause and am very grateful that my career has allowed me to do that. I lost my brother Adam to a brain tumor in 2009; every year I am part of the Race for Hope-DC and, together with my fans, have raised over $1.5 million for brain cancer and brain tumor research through this and other fundraising projects. Far and away, that is the proudest of all my achievements."

Cook is well aware, and grateful, for the breaks American Idol has brought his way, and for the opportunities he continues to have. He has no plans to slow it down. "I love creative endeavors. I like starting with nothing and then finishing with something that didn't exist before. That's my favorite thing about creating new music. I love being able to put something artistic out in the world for people to enjoy."

In 2020, David released two new singles. The first, Reds Turn Blue, is a nod to the manic highs (reds) and lows (blues)of anxiety, something David has struggled to overcome since his season seven win on American Idol. As David told People.com: "This song became a therapeutic process for me, as a way to personify my anxiety and make it something other than me — which, in an odd way, has helped me navigate my relationship with it." To capture that struggle, David worked with artist Justin A. Nixon to create a visual that was, "sci-fi and sinister" but left open-ended to represent "that constant battle between anxiety and myself."  And the second, Strange World, is "my homage to this year," said David. "Staring out of windows at the world outside, feeling disconnected from it, and trying to find those moments that would normally exist outside, inside. "Both singles, along with the driving Fire are from his  EP The Looking Glass, released in April 2021.

In April 2022, David released his latest single, "TABOS" (This'll All Be Over Soon). The single's release coincided with his return to the American Idol® stage to perform for their special 20th-anniversary reunion show.

The Swear’s new album The Clinic and The Sane is a defiant return to singer/writer/guitarist Elizabeth Elkins’ punk rock past inspired by five years of writing country music and playing by Nashville's rules. Rhythm section Kevin Williams (bass) and Kent Aberle (drums) snarl and twist through songs that can only be described as the New York Dolls on an all-night Leonard Cohen bender, with hints of Hum and The Damned. It's a two-minute furious rock and roll assault against hipsters ("East Nashville"), violence on Magazine Street and Sunset Boulevard ("Ghosts of New Orleans", "Outside a LA Rock Club") - and it's a cynical look at the race for fame and love in Nashville ("I Sold My Soul on Gallatin Road", "Stargazers", "Kurt Cobain and Jesus"). Behind the buzzing humbuckers and chaotic lyrics, you’ll find songs as disciplined as they are reactionary, held tightly together by Williams’ prog-punk riffs and Aberle’s disobedient swagger.

You may have heard the band’s songs in more than 50 television shows including Rescue Me, Smallville, Wanted, Life as We Know It, Jersey Shore and Roswell. Elkins has cuts by artists including Billy Currington (Billboard Top 30 Country) and Kira Isabella (Billboard Top 15 Country Canada). The band has played the Warped Tour, SXSW, CMJ and toured coast to coast. 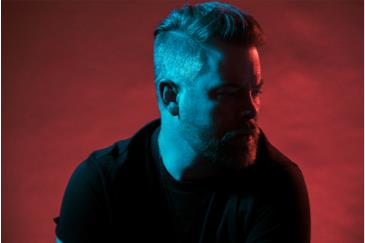