David Uosikkinen's In The Pocket

Tickets for this show are either unavailable or sold out. If you think seeing this message is an error, please reach out to us at info@ardmoremusichall.com.

Outdoors at Upper Merion Township Park in King of Prussia

About Concerts Under The Stars

About David Uosikkinen's In The Pocket

David has played drums with The Hooters for over 40 years. He has also recorded and performed with Alice Cooper, Rod Stewart, Cyndi Lauper, Taj Mahal and Patty Smyth, as well as with many other emerging artists. In addition, David has performed on extensive international tours, including Live Aid, Amnesty International, and Roger Waters’ The Wall in Berlin.

When David isn’t on stage, he returns to his first love of teaching and mentoring his students. 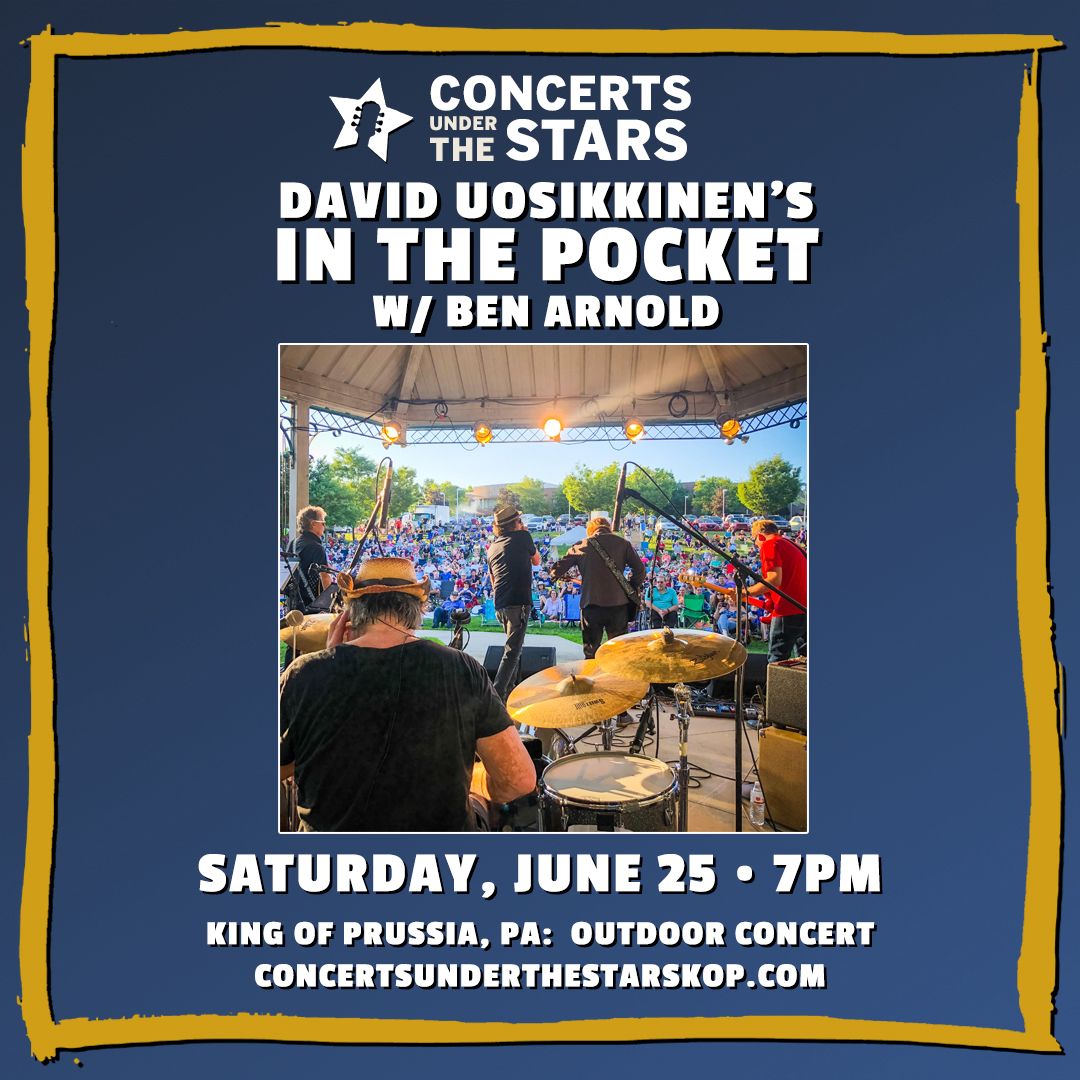 David Uosikkinen's In The Pocket