With three EP’s and a bouquet of singles, Dear Boy has earned an immense and loyal following, selling out headline shows from the Troubadour to The Teragram and touring with the likes of The Psychedelic Furs, James, Pete Yorn, Day Wave, Rogue Wave, Sunflower Bean, DMA’s & Peter Murphy. 2019 also saw the band  performing at the Corona Capital festival in Mexico City and recording a live set on KCRW’s Morning Becomes Eclectic.

Further details are not yet public, but Dear Boy describes it as a “forever record.” They can't wait to hear the band you start after you finish listening to it. 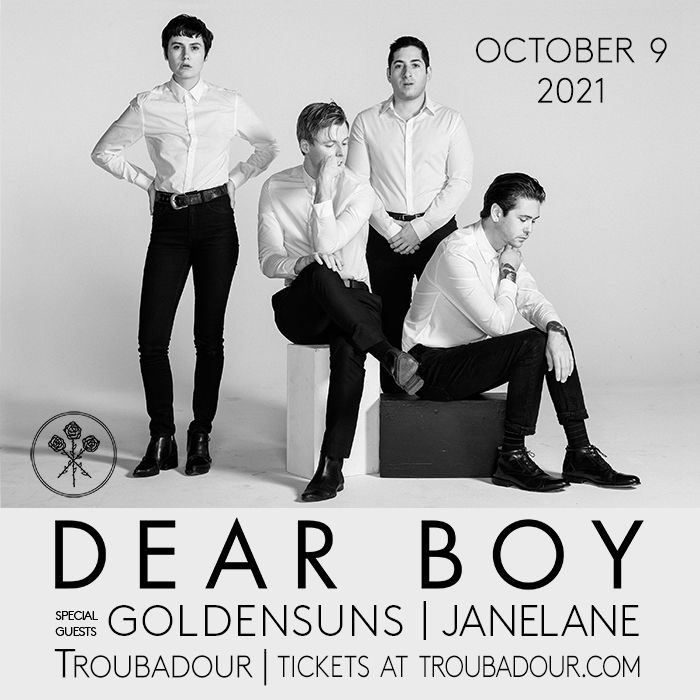