Destroy Lonely makes every flex feel like an adventure. Fusing colorful melodies with labyrinthine flows and playful braggadocio, the Atlanta rapper has built a career by pushing himself to try new things—and pushing at rap’s boundaries in the process. The 21-year-old weaves together video-game synths, elastic vocals, off-kilter rhythms, and his inborn mystique and charisma to craft stylish soundtracks for a high-wire lifestyle that’s getting more luxurious by the day. His daring approach is on fuller display than ever on “NOSTYLIST,” the mesmerizing first single from NO STYLIST, his debut mixtape on Playboi Carti’s record imprint Opium.

Spitting over Technicolor keys, Destroy Lonely combines high-roller escapades with an icy disregard for potential enemies. “Yeah, I fucked that hoe, but I can’t cuff her, I won’t make her Mrs.,” he raps. “I don’t know that boy, and I can’t tell you how he end up missing.” Meanwhile, on “JETLGGD,” he unloads rapid-fire flows over racing hi-hats and surreal sonar bleeps, laying out a day of drink, smoke, and fun with international women, all without losing the beat. Free-wheeling yet possessed with the technical proficiency to rhyme in unpredictable ways, Destroy Lonely threads disparate ideas with spontaneity and imagination—a side effect of being someone more comfortable rapping than they are speaking.

The young artist born Bobby Sandimanie III began developing his truest language early on. “My pops told me he used to look in the backseat and I’d be freestyling shit when I was four or five,” he remembers. Before too long, Lonely discovered the sounds of artists like Eminem, Green Day, Gorillaz, Lil Wayne, and Earl Sweatshirt, a kaleidoscopic blend of artists that helped him develop his combination of melodically rich yet mechanically sharp rap skills.

Soon, Lonely crystallized a version of the style he uses today. At age 17, began dropping fully realized projects, demonstrating an already visionary approach to rap on efforts like Forever, ILY, Underworld, Overseas, and </3² on SoundCloud, each earning thousands more streams than the last. When his 2019 single “Bane” blew up, Destroy Lonely’s path to stardom began to solidify. His rise was cemented when he met Carti in early 2021, who was taken by his groundbreaking sounds, and by the end of the year, he’d signed a deal with his fellow Atlanta rapper’s Opium label.

With a fan base that grows every day, Lonely understands his position—and the gift of a platform. In July, he hit the stage to perform in front of thousands at Rolling Loud Miami. And soon he’s hitting the road with Ken Carson’s X-Man Tour after making a typically charismatic appearance on Carson’s single “MDMA” earlier this year.

NO STYLIST will give fans a lot more to be grateful for. It’s composed of nimble flows and all the mellifluous half-sung lyrics that propelled Lonely to stardom, but the rhymes are more decisive, the soundscapes more pristine, and the identity even more distinct. It’s another evolution of Destroy Lonely, an artist who’s made his name off of never slowing down, never being content.

“This is where I get to finally show people who the fuck I am within my own rules and my own jurisdiction. It’s like when the roller coaster is going up,” he says. “But it’s never gonna go down.” 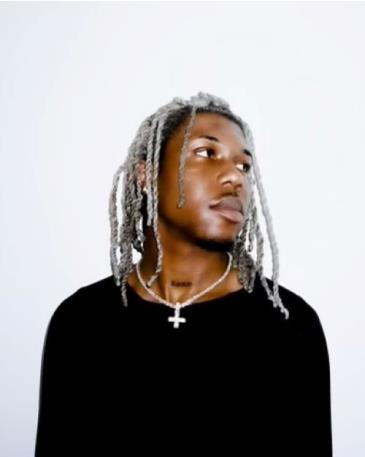