WXPN Welcomes - An Evening With (2 Sets)

Don't Lie To Me!  Celebrating the 50th Anniversary of Big Star's "#1 Record" at Ardmore Music Hall

2 Sets! One will be a full play of Big Star's "#1 Record", and the other will be a collection of fan favorites including classic tunes from Radio City and Chris Bell.

About Don't Lie To Me! A Celebration of the 50th Anniversary of Big Star's "#1 Record"

Big Star’s #1 Record is now widely regarded as a seminal work. It is included in Rolling Stone magazine's list of the 500 greatest albums of all time. Rolling Stone also ranked the song "Thirteen" in its 500 Greatest Songs of All Time.
The album will be played in its entirety, in a celebration of the 50th anniversary of its release, by an electric combo of players long associated with the music: Mike Mills (R.E.M.), Pat Sansone (Wilco, Autumn Defense), Jody Stephens (Big Star, Those Pretty Wrongs), Jon Auer (Posies, Big Star), and Chris Stamey (dB's, Fellow Travelers). Following this will be a second set of equally classic material from Radio City and a selection of songs from the legendary Third album and Chris Bell solo releases, as well. 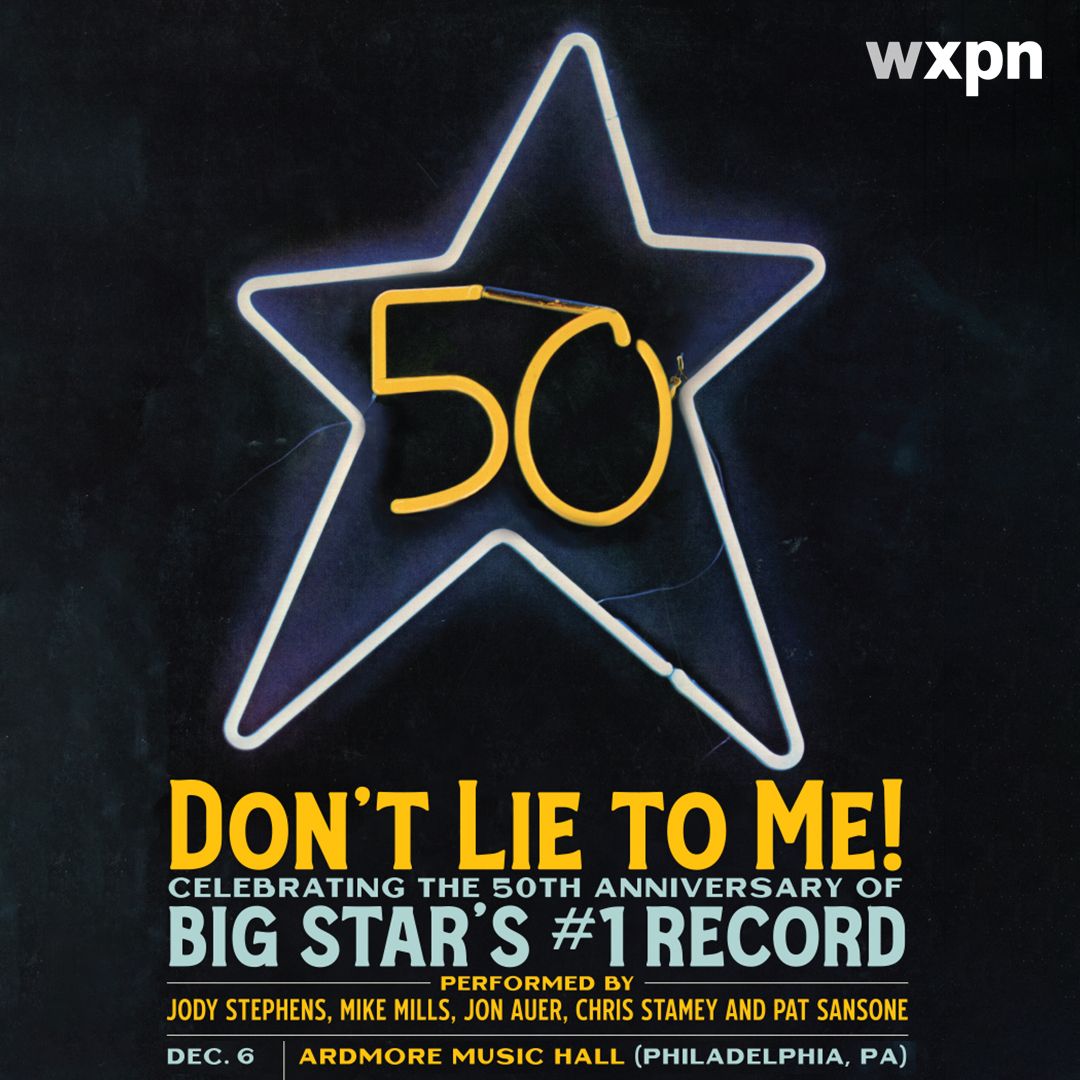