Tickets will be available at the door.

Dro Kenji's rise is a testament to the power of the internet. Last year, the 19-year-old artist was a senior in high school in Summerville, South Carolina, releasing a string of captivating singles and mixtapes on his SoundCloud. Now, he's preparing to release his debut album Eat Your Heart Out on Mira Touch / Internet Money Records / 10K Projects, collaborating closely with the label's team of platinum-certified producers, with plans to earn some plaques of his own. 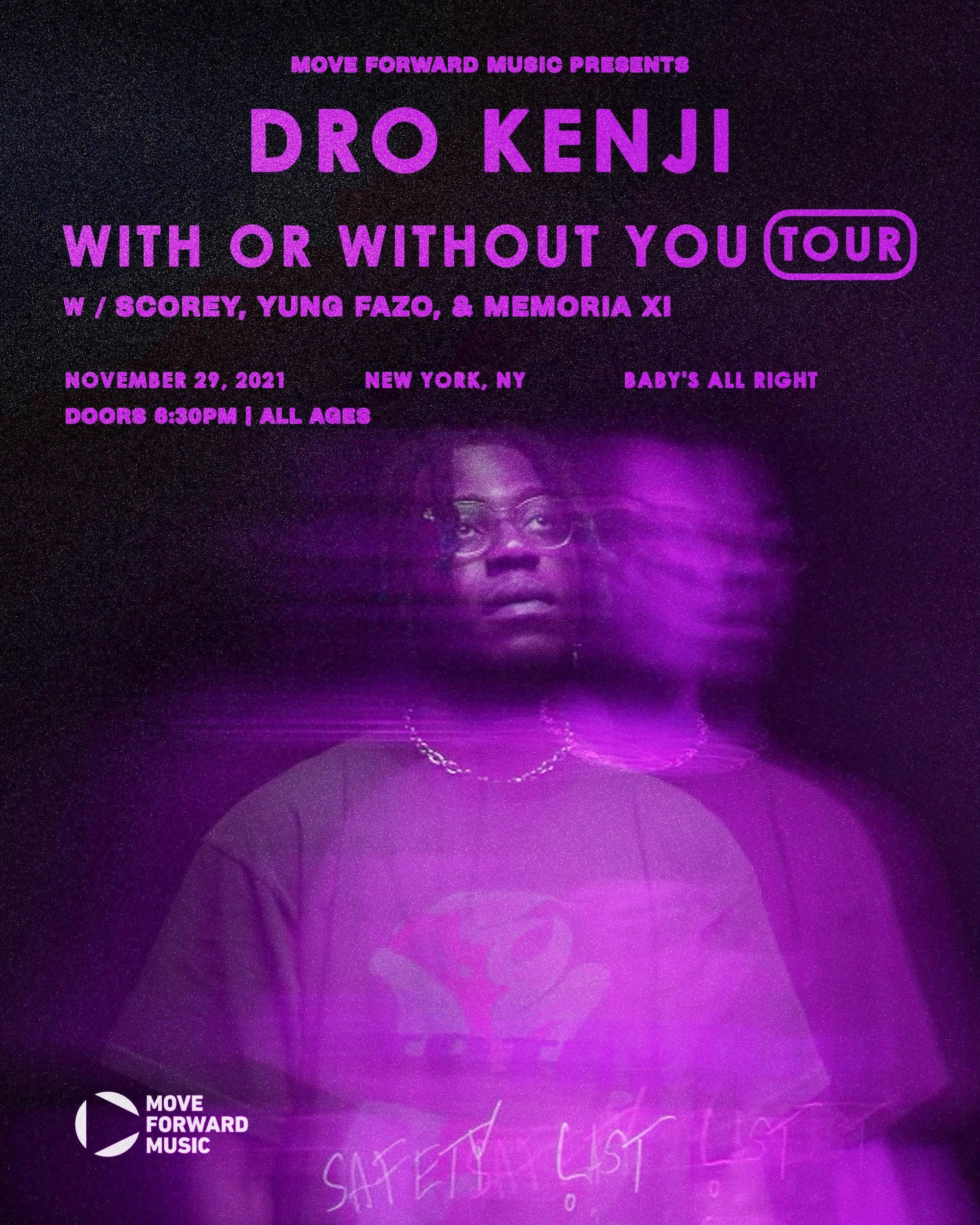